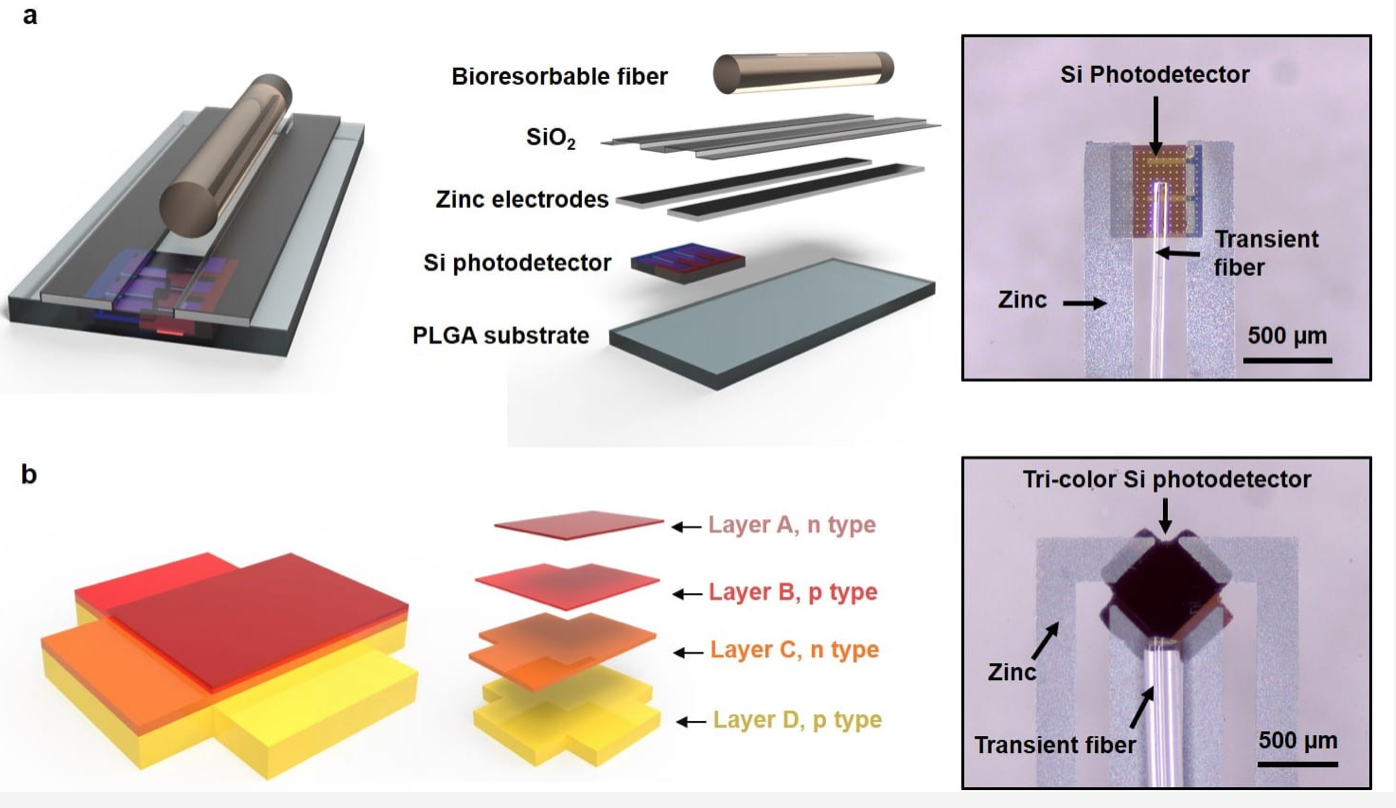 Northwestern’s John Rogers has developed a biodegradable optical sensor that can be implanted after brain injury and not require a second surgery for removal.  According to Rogers: “Optical characterization of tissue can yield quantitative information on blood oxygenation levels. Fluorescence signals can reveal the presence of bacteria as a diagnostic for the formation of an infection at an internal wound site. Fluorescence-based calcium imaging can reveal metrics of brain activity. There are also ways that light can be used to activate certain biological processes and that’s a next step for us.”

In addition to monitoring physiological function, the sensors  can be used as electrical stimulators for accelerating neural regeneration in damaged peripheral nerves, or as drug delivery agents programmed to release drugs at specific times.

The dissolvable sensors are also being used to monitor the oxygen level around the heart during surgery, and as a temporary pacemaker to deliver electrical stimulation following heart surgery.