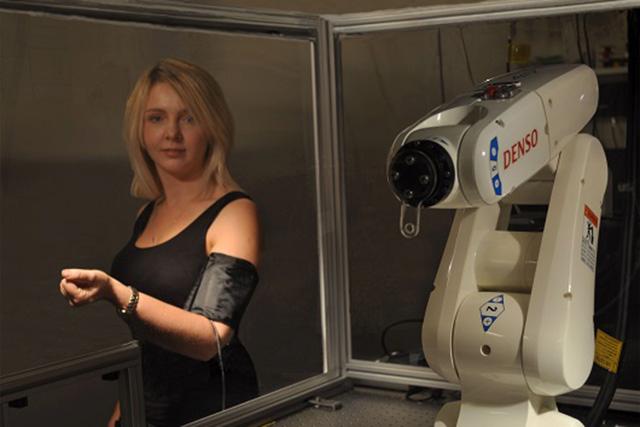 Ifor Samuel and Ashu Bansal at the University of St. Andrews have developed a wearable optical sensor that can be used to control the movement of artificial limbs.

Plastic semiconductor based sensors detect muscle contraction. Light is shined into fibrous muscle, and the scattering of the light is observed. When muscle is contracted, the light scatters less, because  muscle fibers are further apart. Sensors detect the changed scattering signals, and relay the information, as photocurrents, to a prosthetic limb, triggering movement.  A robotic arm was controlled using this method in a recent study.