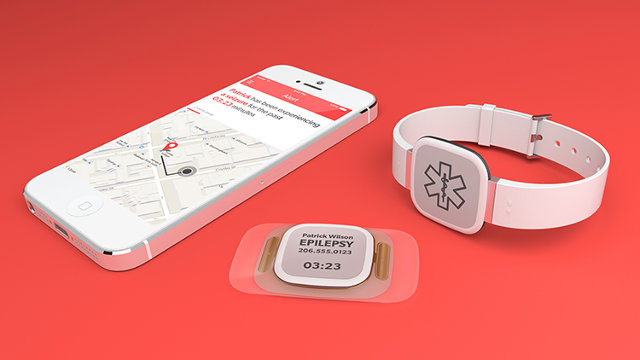 The patch-like wearable connects via Bluetooth to a smartphone app.  It can help wearers remember to take their medications, warn them about seizures, and alert friends, family, or caregivers when a seizure happens. Connected apps help users analyze where they have been and what they were doing when seizures occurred, and instruct bystanders and responders what to do during an episode.

Featuring a UI based around natural interactions, Dialog allows patients to call for help with a grasp of the patch. A double tap allows a patient to record a pre-seizure aura, and can measure the typical time between an aura and a seizure. Tracing a smile or frown lets wearers track their moods, and vibrations alert users to take their medications.