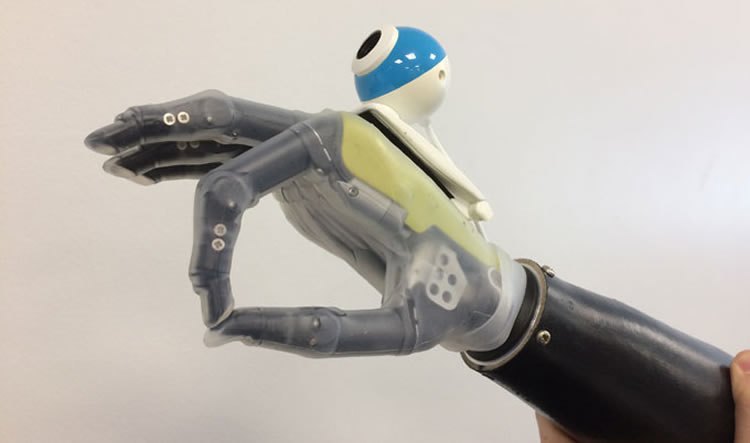 A convolutional neural network was trained it with images of  500 graspable objects, and taught  to recognize the grip needed for each. Objects were grouped by size, shape, and orientation, and the hand was programmed to perform four different grasps to accommodate them: palm wrist neutral (to pick up a cup); palm wrist pronated (to pick up the TV remote); tripod (thumb and two fingers), and pinch (thumb and first finger).

The hand’s camera takes a picture of the object in front of it, assesses its shape and size, picks the most appropriate grasp, and triggers a series of hand movements, within milliseconds.

In a small study of the technology, subjects successfully picked up and moved objects with an 88 per cent success rate.

The work is part of an effort to develop a bionic hand that senses pressure and temperature, and transmits the information to the brain.