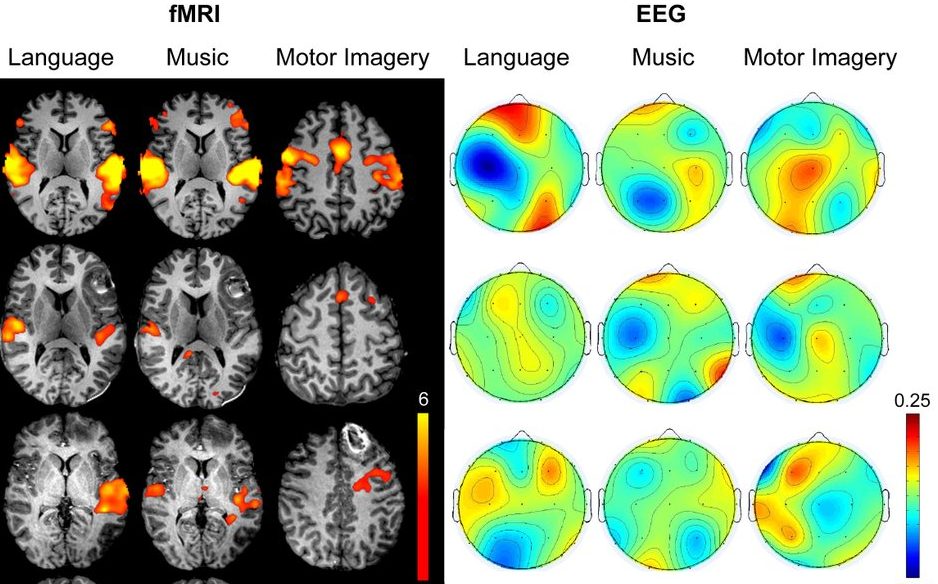 MGH’s  Brian Edlow and colleagues have completed a small study showing the efficacy of using fMRI and EEG in ICU TBI patients to detect consciousness.  Previous research has suggested that up to 40% of conscious patients are misclassified as unconscious.

The goal is to create a more informed care plan, and earlier interventions that could improve outcomes.

f MRI scans were performed as soon as the subjects were stable. EEG readings were usually taken within 24 hours after the fMRI scan.  Tests were designed to detect a mismatch between their ability to imagine performing a task and their ability to physically express themselves (cognitive motor dissociation.)

Through the study, researchers detected evidence of consciousness in 4 of the 8 patients who were unable to respond to language in bedside exams, including the 3 classified as vegetative. (It was also noted that 25% of the healthy controls had no detectable brain response in a hand-squeeze imagery test.)

The subjects were also exposed to brief recordings of spoken language and music during both fMRI and EEG to detect activity in certain brain regions. Higher-order cortex activity was seen in 2 additional subjects. While higher-order cortical activity doesn’t prove that a patient is conscious, finding a response in those structures could have implications for a patient’s eventual recovery.

A 19 electrode EEG device was used for the study.