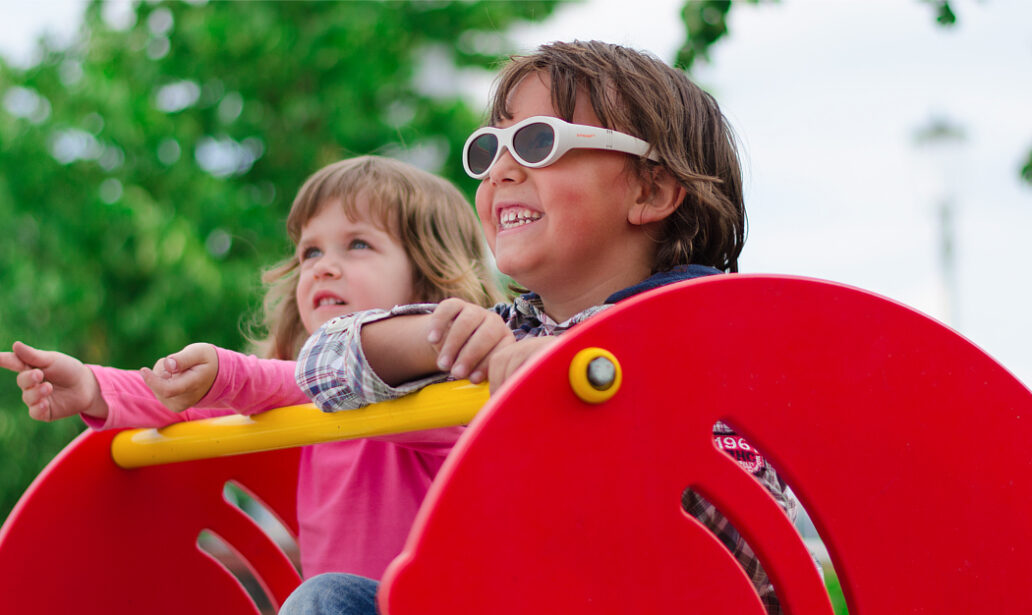 Instead of patching, the lens over the affected eye would go dark for a few seconds out of every 30 during the prescribed patching period.  As children with amblyopia often have astigmatism or nearsightedness, the glasses simultaneously corrects vision (when not occluding it).

Researchers compared  Amblyz with traditional patching on 33 children, ages 3-8. For 3 months, one group wore the patch for 2 hours per day, while the other wore Amblyz for 4 hours per day. Both groups showed similar improvement, and were able to see an average of two more lines on a reading chart.