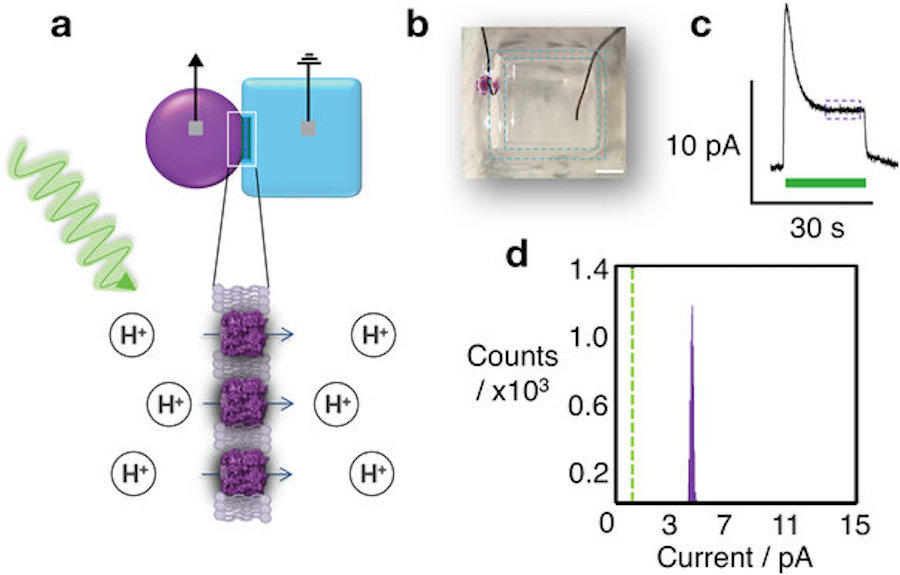 Unlike existing implants, the cell-cultures are created from natural, biodegradable materials and do not contain foreign bodies or living entities. This makes the implant less invasive than a mechanical device, and less likely to have an adverse reaction on the body.

The technology has only been tested in a lab, therefore its usefulness with living tissues is unknown.  If successful, this could be a breakthrough for the visually impaired.

The retina replica consists of soft water droplets  and biological cell membrane proteins. Designed like a camera, the cells act as pixels, detecting and reacting to light to create a grey scale image. The synthetic material can generate electrical signals, which stimulate the neurons at the back of our eye, similar to an original retina.