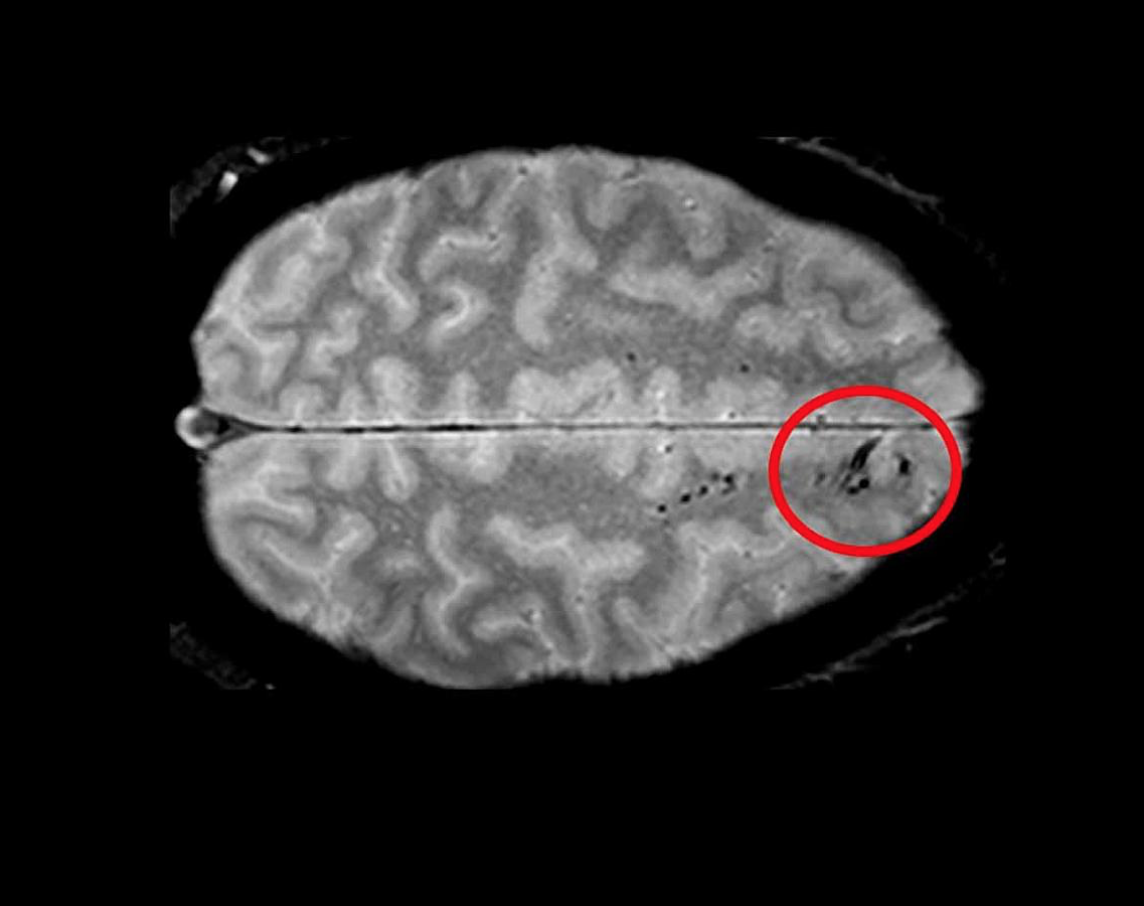 NINDS researcher Lawrence Latour has used an advanced imaging method to detect vascular microbleeds after head injury.   The lesions, which are too small to be detected by CT, may predict worse outcomes.

439 head injury patients who were treated in the emergency department were studied. MRI scans within 48 hours of injury, and again during four subsequent visits, showed that 31% of participants had evidence of microbleeds. (58% with severe head injury showed microbleeds and 27% of mild cases.)

Patients with microbleeds were more likely to have a greater level of disability, based on a commonly used outcome scale, compared to patients with out.