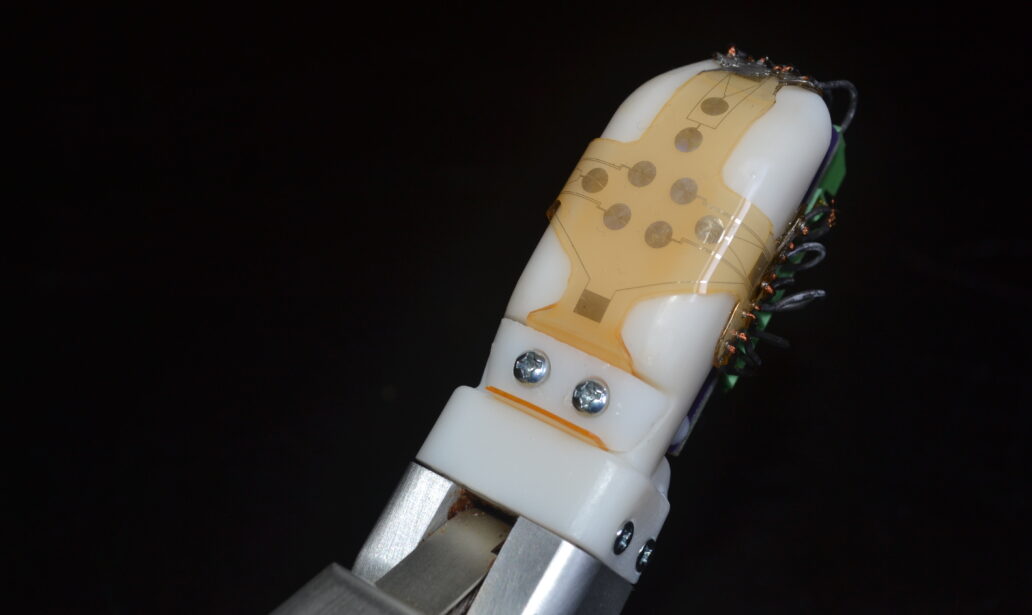 Jonathan Posner, with University of Washington and UCLA colleagues, has developed a flexible sensor “skin” that can be stretched over prostheses to determine force and vibration.

The skin mimics the way a human finger responds to tension and compression, as it slides along a surface or distinguishes among different textures. This could allow users to sense when something is slipping out of their grasp.

Tiny electrically conductive liquid metal channels are placed on both sides of of a prosthetic finger. As it is slid across a surface, the channels on one side compress while those on the other side stretch, similar to a natural limb.  As the channel geometry changes, so does the amount of electricity. Differences in electrical resistance correlate with force and vibrations.

The researchers believe that the sensor skin will enable users to better be able to open a door, use a phone, shake hands, or lift packages.