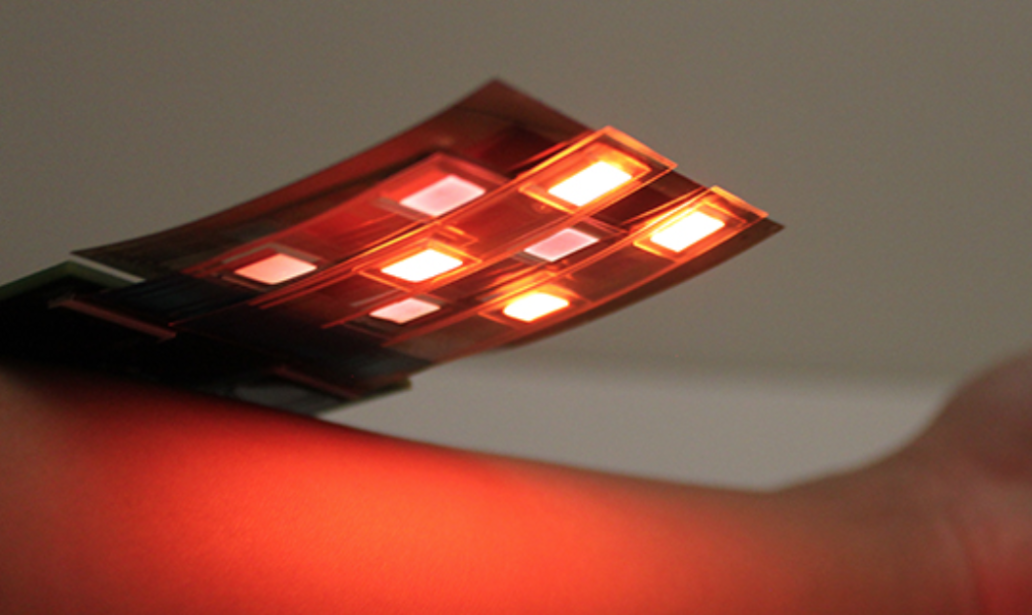 Ana Claudia Arias and Berkeley colleagues have developed a flexible, adhesive sensor that maps blood-oxygen levels over large areas of skin, tissue and organs, making it possible to monitor wound healing in real time, or oxygen levels in transplanted organs. It can also be used to continuously monitor blood oxygen levels in diabetes, respiration diseases and  sleep apnea.

The device is made of an array of alternating red and near-infrared organic LEDs and organic photodiodes, printed on bendable plastic that molds to the the body. Unlike fingertip oximeters, which measure oxygen levels at a single point, it can detect blood-oxygen levels at nine points in a grid and can be placed anywhere on the skin.