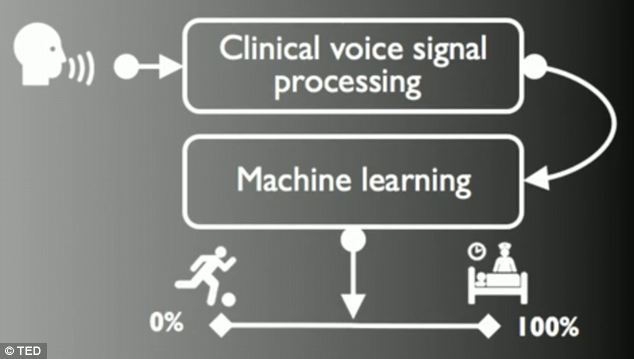 In a recent study,  MIT Media Lab‘s  Max Little used machine learning tools to indicate early Parkinson’s Disease in a group of smartphone users.  Phones were given to Parkinson’s patients and a healthy control group. The built in accelerometer enabled Little to distinguish between those with and with out the disease with  99% accuracy.  The detection method relied on subtle differences in a patient’s movement, including rigidity and impaired balance.

In another Parkinson’s Voice Initiative study, 50 people were asked to say “ahh” into the phone for a few weeks. The audio recordings allowed Little  to estimate disease progression using the Unified Parkinson’s Disease Rating Scale.