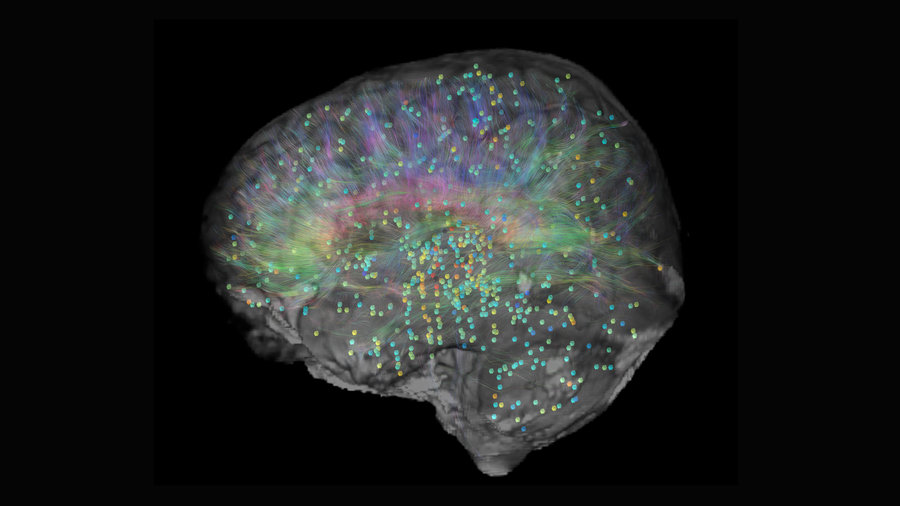 An Allen Institute study describes a surprisingly small set of patterns that characterize how brains express or use genes.  This finding appears to be common to all of us.

Genes were ranked by consistency of expression (or usage) patterns across each brain studied. The relationship of these genes to one another, and to brain function and disease, were analyzed. Across all (approximately) 20,000  genes, most  usage throughout different brain regions was characterized by just 32 expression patterns.

The genes most consistent across the 6 brains in the study included those associated with autism and Alzheimer’s Disease.  This understanding will hopefully lead to better detection and treatment of brain diseases.