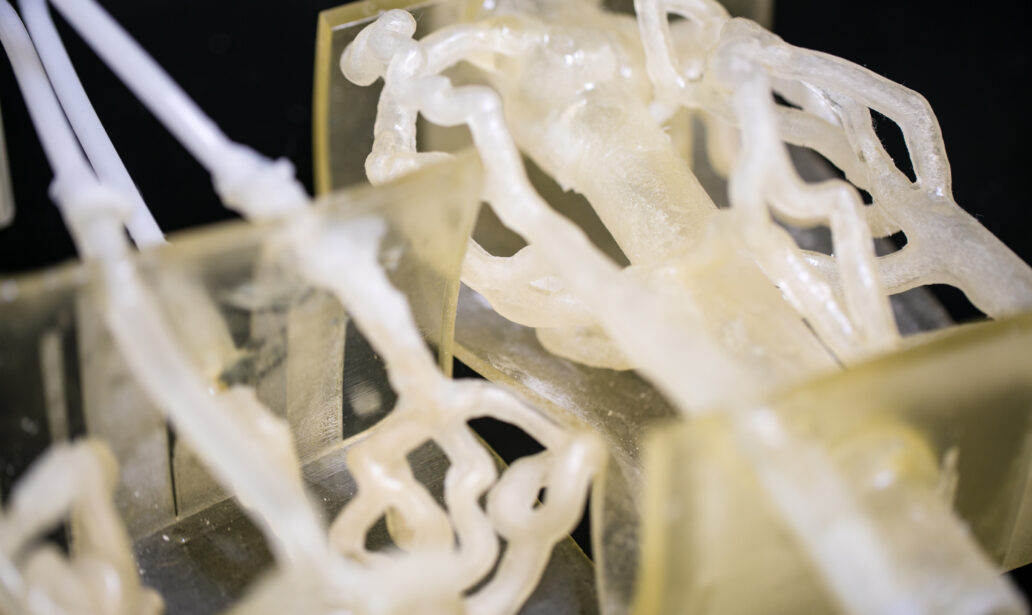 Stratasys and the Jacobs Institute have used 3D printing for brain surgery planning in an effort to reduce risk. Anatomical models of a patient’s entire brain vessel anatomy were 3D printed before she underwent an aneurysm procedure.

The replica, built of a polymer that mimics human tissue, allowing the surgeons to plan their approach and practice the operation, was based on CT scans.

In this case. the accurate model enabled surgeons to fine-tune the procedure.  “While we were doing that mock procedure, we realized that we had to change some of the tools we wanted to use, given her anatomy,” said  Adnan Siddiqui, Jacobs’ Chief Medical Officer.