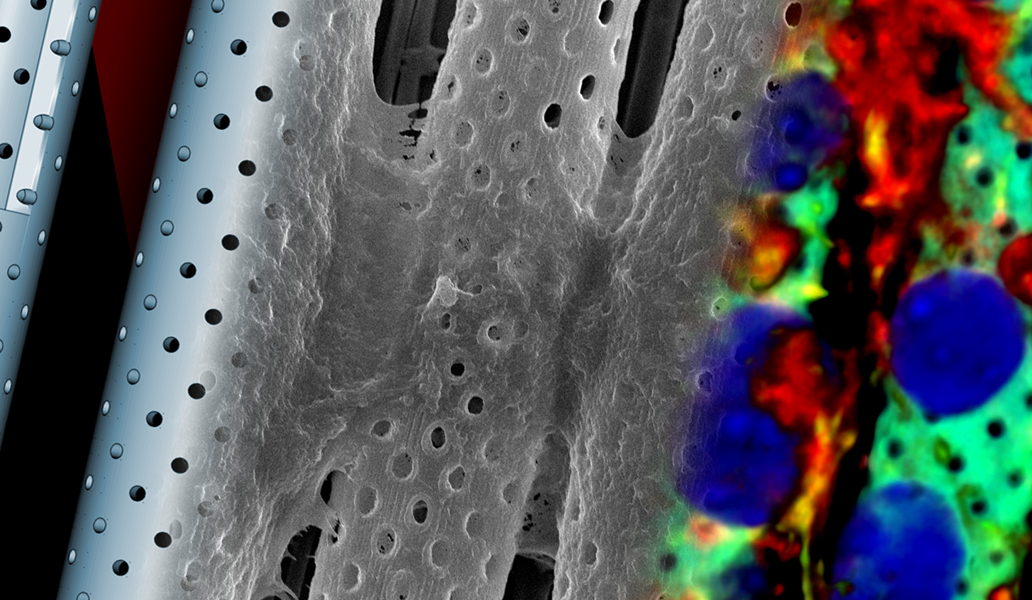 Gianni Ciofani  of ITT Pisa has created a device that reproduces a 1:1 scale model of the blood-brain barrier.  The combination of 3D printed artificial and biological components will allow the study of new therapeutic strategies to overcome the blood-brain barrier and treat brain diseases, including tumors, Alzheimers, and multiple sclerosis.

A laser that scans through a liquid photopolymer and solidifies the material locally and layer by layer built complex 3D objects with submicron resolution.  This enabled the researchers to engineer an accurate real-scale model of the BBB made from a photopolymer resin. Mimicking the brain microcapillaries, the model consists of a microfluidic system of 50 parallel cylindrical channels connected by junctions and featuring pores on the cylinder walls. Each of the tubular structures has a diameter of 10 μm and pores of 1 μm diameter uniformly distributed on all cylinders. After the fabrication of the complex scaffold-like polymer structure, endothelial cells were cultivated around the porous microcapillary system. Covering the 3D printed structure, the cells built a biological barrier resulting in a biohybrid system which resembles its natural model. The device is few millimeters big and fluids can pass through it at the same pressure as blood in brain vessels.