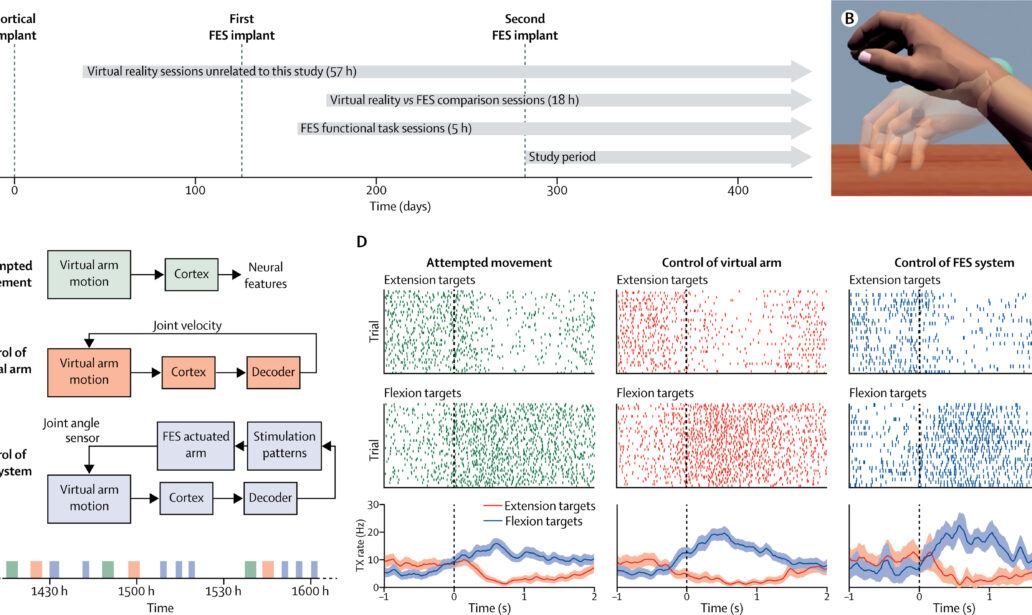 Bolu Ajiboye and Case Western colleagues used an implanted  BrainGate2 brain-computer interface to allow a tetraplegia patient to control arm movements via an implanted FES muscle stimulation system.  A robotic arm, which was needed in previous BrainGate experiments,  was no longer required.

Neural activity was recorded from two 96-channel microelectrode arrays implanted in the motor cortex. The implanted brain-computer interface translated recorded brain signals into specific command signals that determine the amount of stimulation to be applied to each functional electrical stimulation electrode in the hand, wrist, arm, elbow and shoulder, and to a mobile arm support.

The researchers first exercised patient’s arm and hand with cyclical electrical stimulation patterns. Over 45 weeks, his strength, range of motion. and endurance improved. He then learned how to use his own brain signals to move a virtual-reality arm on a computer screen. After the 36 electrode FES system was implanted, he was able to make each joint in his right arm move individually. Or,  by thinking about a task such as feeding himself or getting a drink, the muscles are activated in a coordinated fashion.