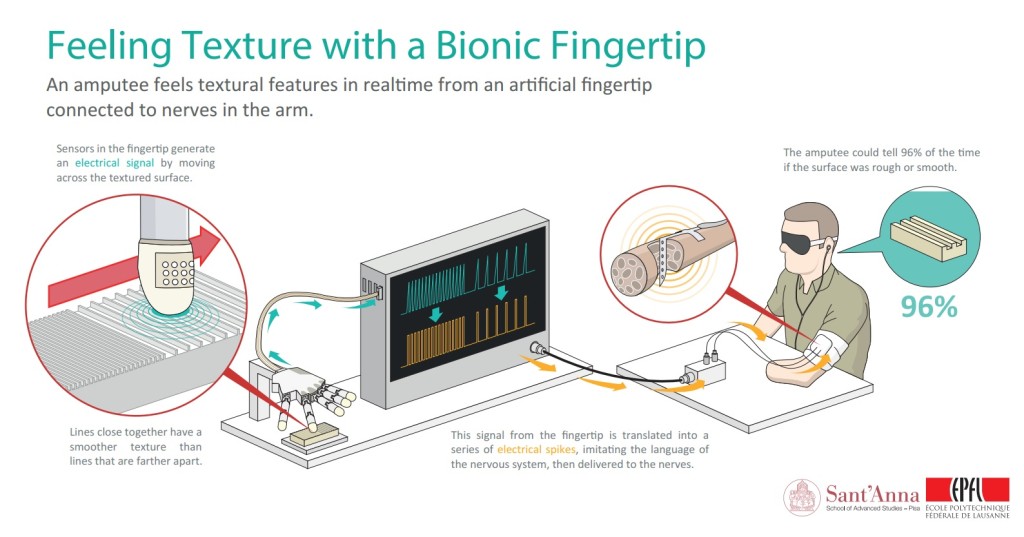 Swiss Federal Institute of Technology and Scuola Superiore Sant’Anna researchers have developed  a bionic fingertip that allows amputees to feel textures and  differentiate between rough and smooth surfaces.

Electrodes were surgically implanted into the upper arm of a man whose arm had been amputated below the elbow.  A machine moved an artificial finger, wired with electrodes,  across smooth and rough lines on a plastic strip.  The fingertip movement generated an electrical signal, which translated into a series of electrical spikes sent to the brain. The spikes mimicked the language of the nervous system and create the sensation of feeling.

The subject, Aabo Sørensen said:  “When the scientists stimulate my nerves I could feel the vibration and sense of touch in my phantom index finger,” he says. “[It] is quite close to when you feel it with your normal finger you can feel the coarseness of the plates and different gaps and ribs.”