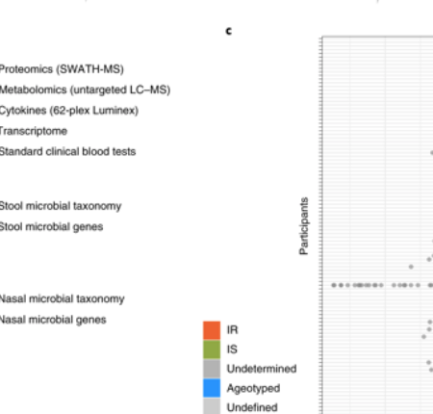 Stanford’s Michael Snyder has categorized how humans age into different classes called “ageotypes”: metabolic, immune, hepatic and nephrotic. 43 healthy men and women between the ages of 34 and 68 were profiled, with extensive measurements of certain microbes and biological molecules, such as proteins, metabolites and lipids, taken at least five times over two years. […]

http://www.technologyreview.com/news/508981/its-all-about-the-genes-and-the-brain-machines/ MIT’s Technology Review reports advances in genome sequencing in several areas.  Most applicable to ApplySci is the melding of mind and machine.  Their coverage follows: “The melding of mind and machine was also big this year. Scientists in Winston-Salem, North Carolina, demonstrated that a brain implant could replace some cognitive function in primates, which could […]