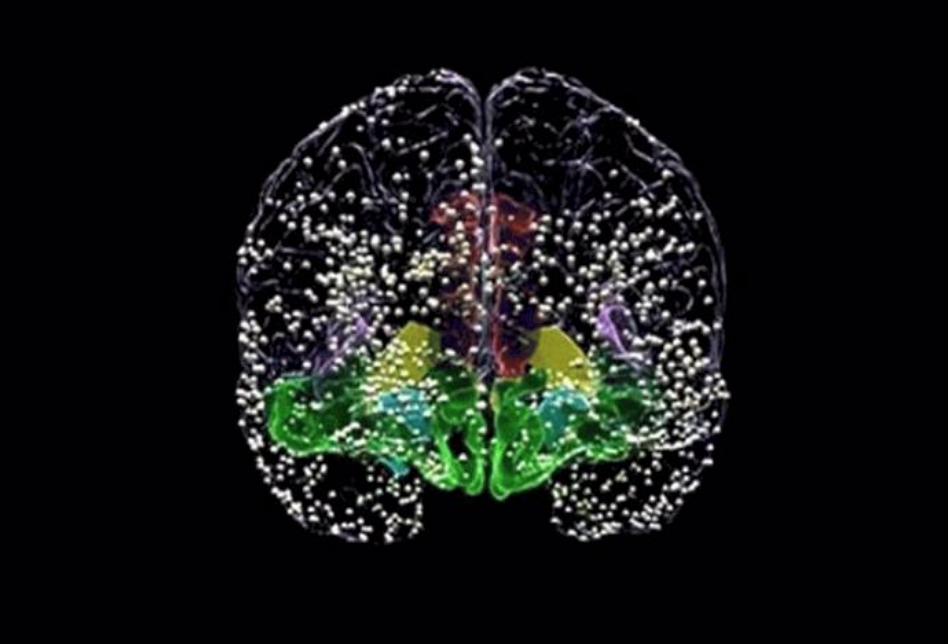 The premise is that brain function and dysfunction — rather than being relegated to distinct anatomical regions of the brain — play out across distributed neural systems. By understanding what healthy brain activity looks like across these sub-networks, compared to unhealthy brain activity, and identifying predictive biomarkers that indicate changing state, DARPA is developing interventions that maintain a healthy brain state within a normal range of emotions.

Three recent papers show that decoding technology can predict changes in mood from recorded neural signals; a brain sub-network appears to contribute to depression, especially in those with anxiety; and moderate to severe depression symptoms can be alleviated using open-loop neural stimulation delivered to the orbitofrontal cortex to modulate a sub-network that contributes to depression.

This work is inspired by Sanchez’s commitment to finding better treatments for the millions of veterans who suffer from neuropsychiatric illness, which have been limited by a lack of a mechanistic understanding of how these illnesses manifest in the brain.

These findings encompass key discoveries and technologies to enable the SUBNETS goal of a closed-loop system that can detect ongoing dynamic changes in brain activity associated with fluctuations in mood, and that can use this information to deliver precisely timed therapeutic stimulation to improve brain function in individuals living with neuropsychiatric illnesses.