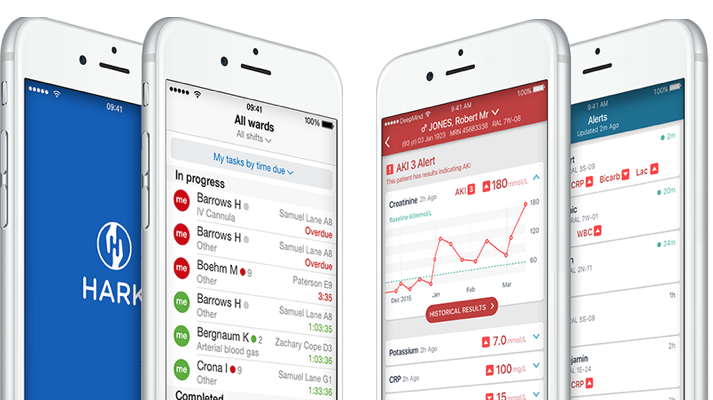 Google has announced DeepMind Health, which creates non-AI based apps to identify patientscomplication risk.  It is expected for AI to be integrated in the future. Acute kidney injury is the group’s initial focus, being tested by the UK National Health Service and the Royal Free Hospital London.

The initial app, Streams, quickly alerts hospital staff of critical patient information.  One of Streams’ designers, Chris Laing, said that  “using Streams meant I was able to review blood tests for patients at risk of AKI within seconds of them becoming available. I intervened earlier and was able to improve the care of over half the patients Streams identified in our pilot studies.”

The company plans to integrate patient treatment prioritization features based on the Hark clinical management system.