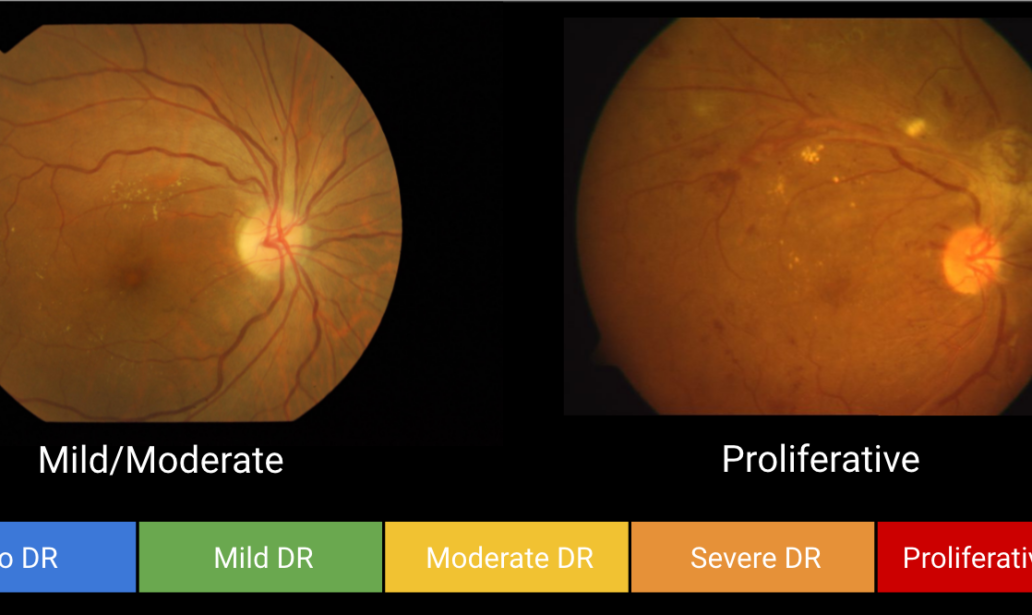 Google has developed an algorithm which it claims is capable of detecting diabetic retinopathy in photographs.  The goal is to improve the quality and availability of screening for, and early detection of,  the common and debilitating condition.

Typically, highly trained specialists are required to examine photos, to detect the lesions that indicate bleeding and fluid leakage in the eye. This obviously makes screening difficult in poor and remote locations.

Google developed a dataset of 128,000 images, each evaluated by 3-7 specially-trained doctors, which trained  a neural network to detect referable diabetic retinopathy.  Performance was tested on two clinical validation sets of 12,000 images. The majority decision of a panel 7 or 8 ophthalmologists served as the reference standard. The results showed that the accuracy of the  Google  algorithm was equal to that of the physicians.