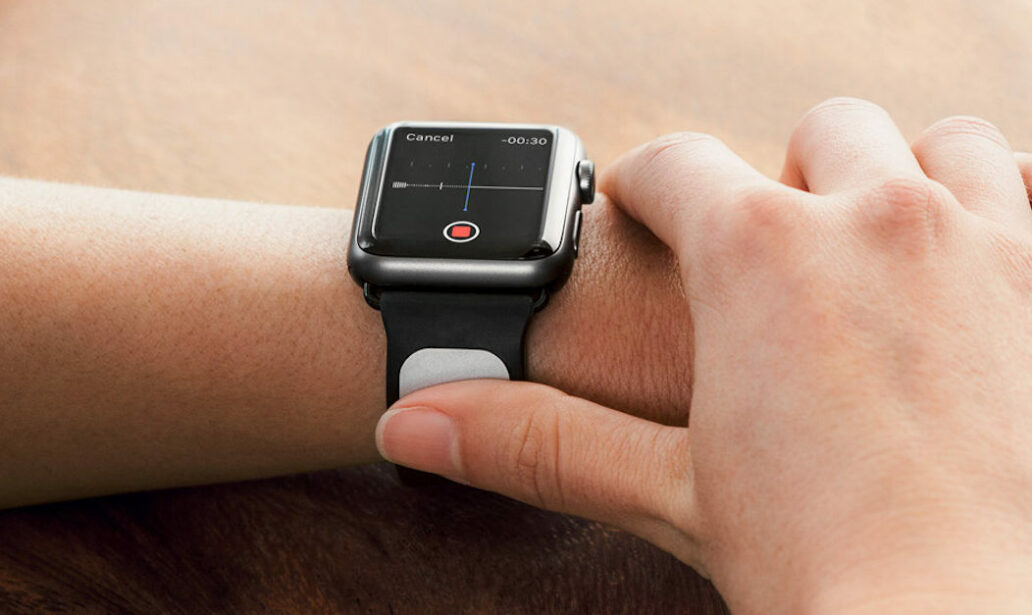 AliveCor’s Kardia EKG band is the first medical accessory to receive FDA approval for use with the Apple Watch.

Unlike the optical-based sensor built into the Apple Watch, EKG is considered the most accurate way to record heart activity. AliveCor claims that Kardia is a  medical grade heart rate monitor that can identify abnormal heart rhythms such as atrial fibrillation, quickly. It could also detect palpitations, shortness of breath and irregular heart rate, which could be signifiers of stroke.

While wearing the Apple Watch-attached band, users put their fingers on the sensor to receive a report of their heart activity.  This simple interface is easy to use, and the frequent measurements can be sent directly to one’s doctor.