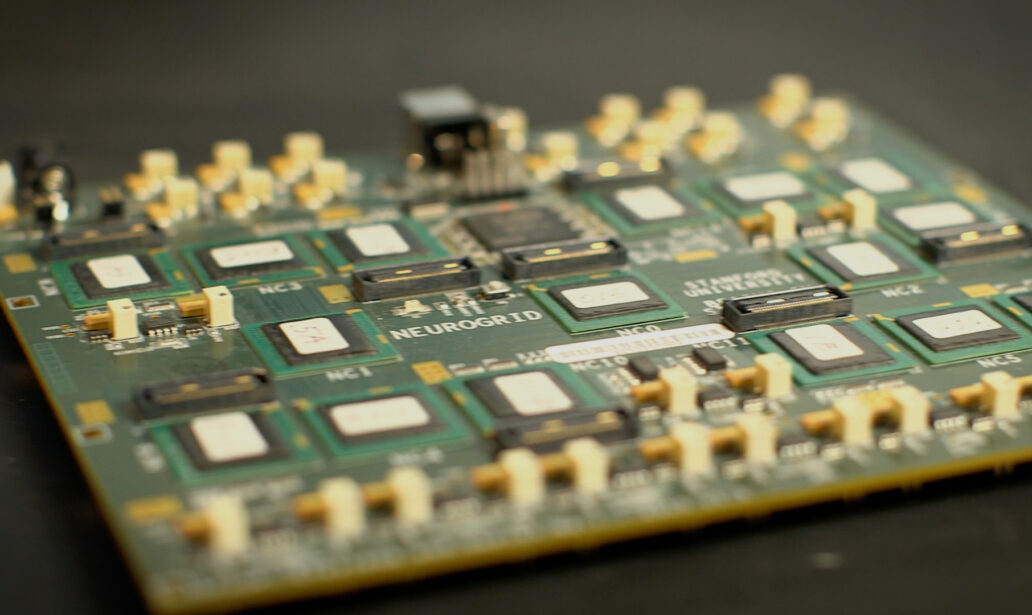 Neurogrid is a “human brain based” microchip that is 9,000 times faster than and requires 1/40,000 the power of a typical pc.  It is being developed by Professor Kwabena Boahen at Stanford University.

The circuit board consists of 16 custom-designed “Neurocore” chips which can simulate 1 million neurons and billions of synaptic connections. Certain synapses were enabled to share hardware circuits, saving power.

Its speed and low power character could impact the development of prosthetic limbs that are controlled by a similar chip and not tethered to a power source.  Such a limb could have “the speed and complexity of our own actions” according to Professor Boahen.