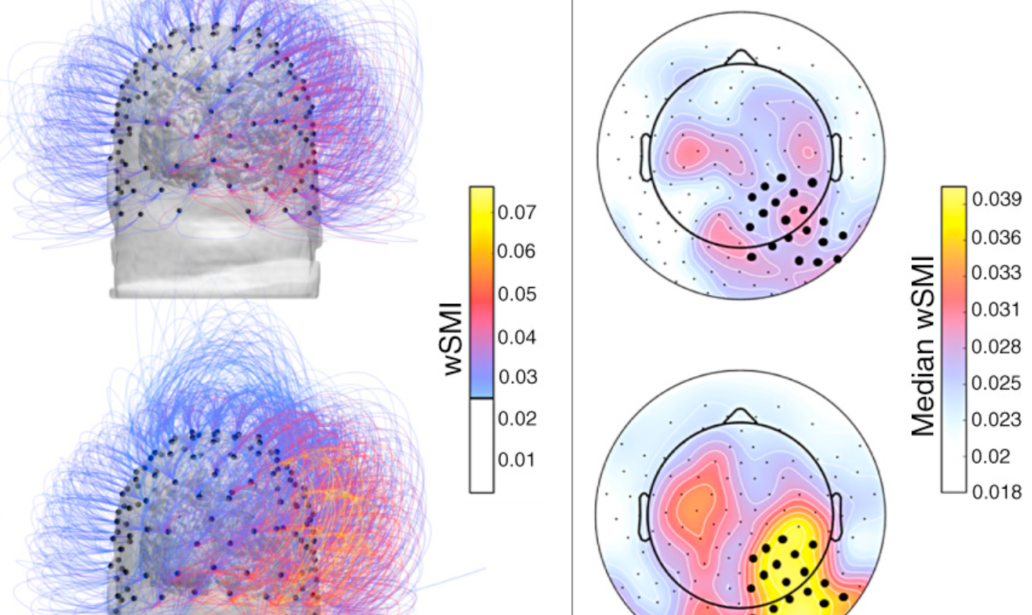 A person described as being in a vegetative state for 15 years showed partial signs of consciousness after a vagus nerve stimulator was implanted.  University de Lyon’s Angele Sirigu led the research. This challenges the belief that those unconscious for more than 12 months could not be revived.   It also poses a potential challenge to the vegetative diagnosis, and diagnosis in disorders of consciousness generally.

After one month of VNS, the patient’s attention, movements, and brain activity significantly improved, and he began responding to simple orders that were impossible before.

Brain-activity recordings revealed major changes. A theta EEG signal (to distinguish between a vegetative and minimally conscious state) increased significantly in those areas of the brain involved in movement, sensation, and awareness. The brain’s functional connectivity also increased. A PET scan showed increases in metabolic activity in both cortical and subcortical regions of the brain.

The team is now planning a large  study to confirm and extend the therapeutic potential of VNS for patients in a vegetative or minimally conscious state.