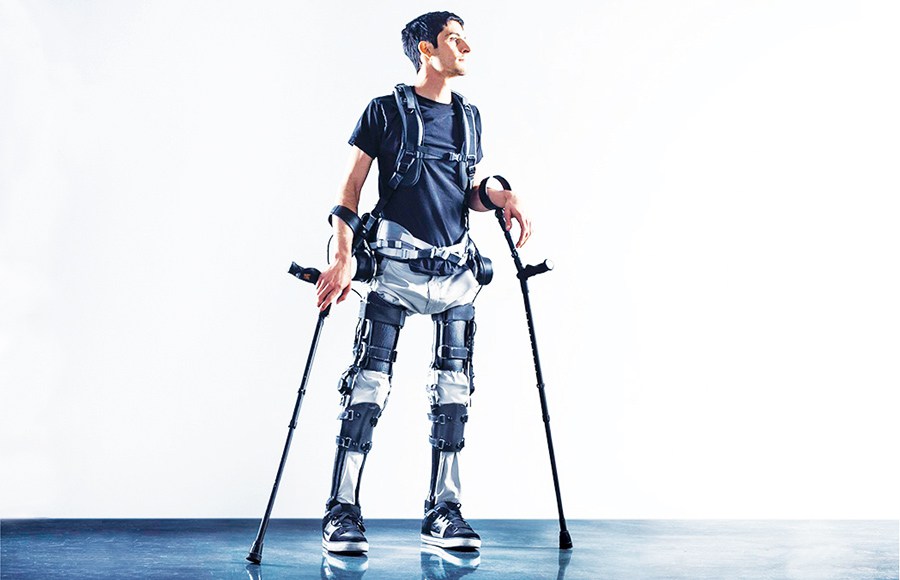 SuitX is a modular, adjustable exoskeleton that adapts to a user’s height or disability.  For example, it can assist only one leg if the other does not require help.  It was developed by Berkeley professor Homayoon Kazerooni. As with other exoskeletons, it allow users to move their hips and knees with small motors attached to orthotics.   One can walk at up to 1.1 miles per hour by controlling buttons incorporated into crutches.

The suit is 27 pounds and costs $40,000.  A backpack battery provides power for 8 hours.  Walking data can be monitored.

Kazerooni  said that his goal is to build a version for children, as those with neurological disorders can require intensive walking training to remain mobile.   He is currently researching the suit’s benefits for adult stroke patients.