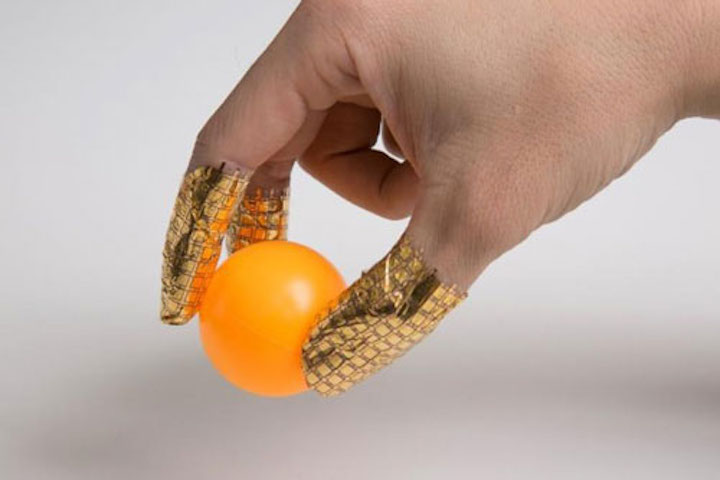 The 1.9 inch square sheet has 144  pressure measuring locations, and can detect pressure even when twisted.  Many researchers are developing flexible pressure sensors, but they are vulnerable when bent and twisted.

According to  Someya, “Sensitive human fingers of a veteran doctor may be able to find a small tumor, but such perceived sensation cannot be measured. The digitization of the sensations means that they could be shared with other doctors who could theoretically experience the same sensations as the physician who performed the examination.”