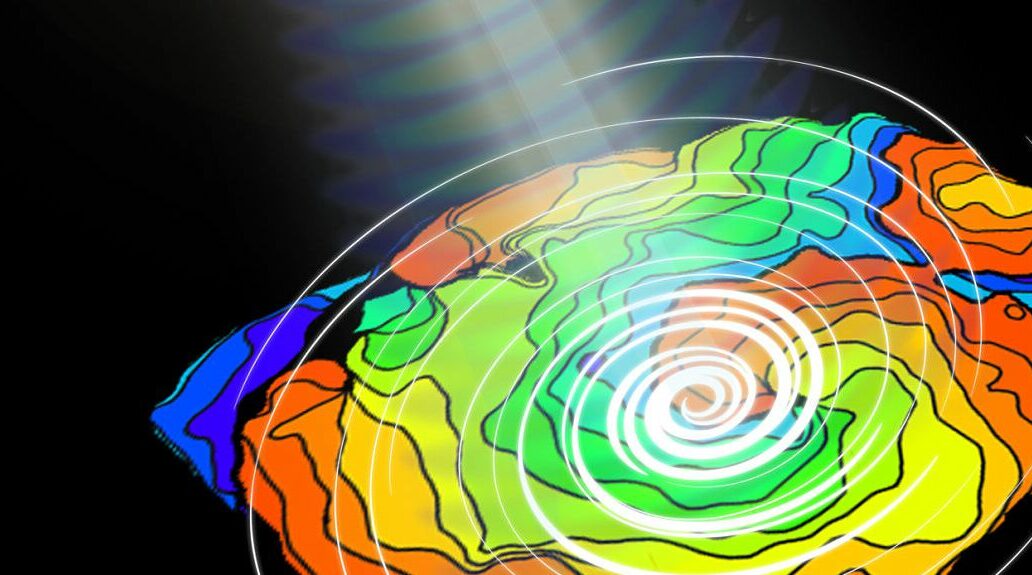 Arrhythmia patients currently use pacemakers or drugs to control heart rhythm.   These approaches can stop or start waves, but cannot provide fine control over wave speed and direction.

In the Bub and Entcheva study, a protein called channelrhodopsin was delivered to heart cells via gene therapy.  This made them light-responsive. Using a computer-powered light projector, the researchers controlled  the speed and direction of the cardiac waves, and the orientation of spirals, in real time.  This has never before been shown in a living system.