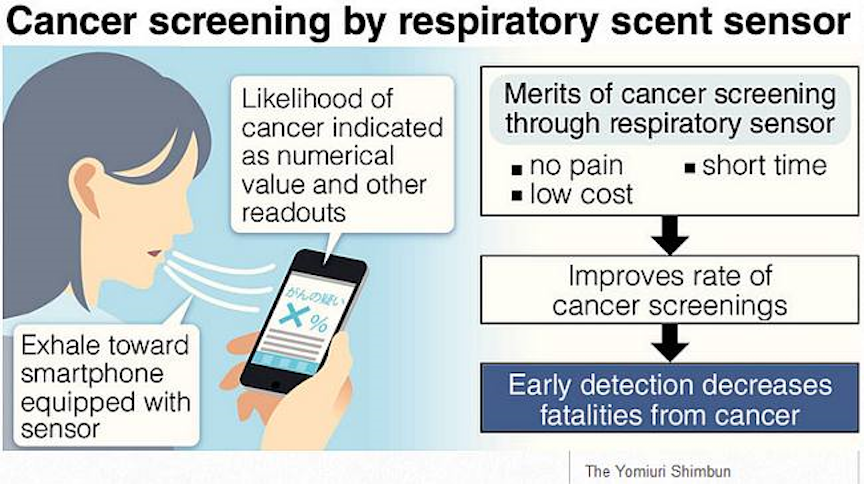 A consortium led by Yoshikawa, Genki and National Institute for Materials Science colleagues is in the early stages of developing a phone sensor that they claim is capable of detecting cancer by analyzing breath odor.

A tiny chip is said to determine whether substances linked to cancer exist in one’s breath, and calculates whether he/she is suspected to have the disease.  The result is displayed on a phone’s screen.

NIMS believes that the sensor will be able to distinguish  cancer type in the future. It also may be able to determine odors linked to respiration in diabetes, kidney & liver disease, and asthma.  The researchers are working on multiple applications for both clinical and self quantifying scenarios, and hope for it to be available by 2022.