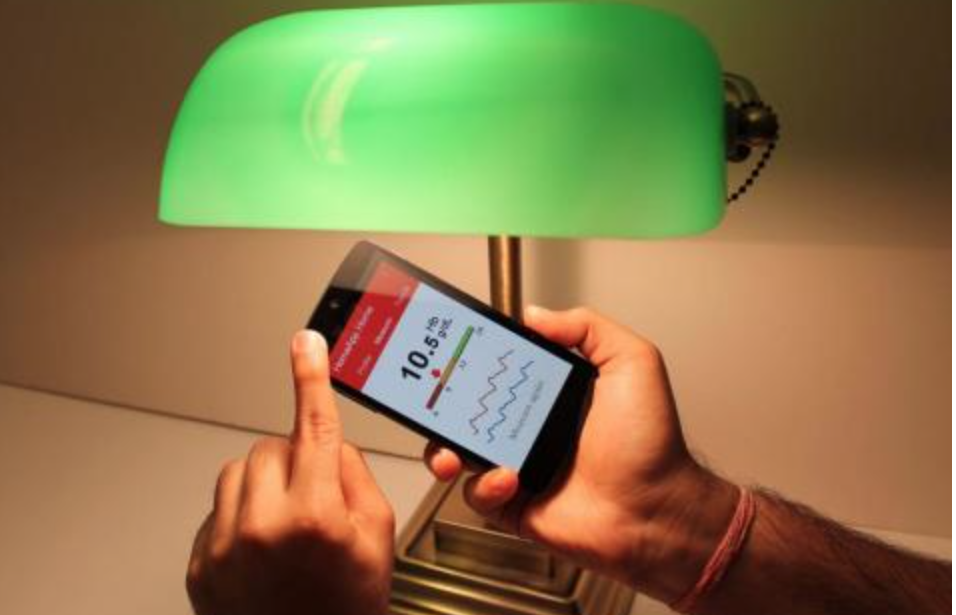 University of Washington’s Shwetak Patel and his UbiComp Lab colleagues develop non-invasive, smartphone based tests, meant to bring diagnostics to the masses.

HemaApp,  a smartphone/light  source detection  method for anemia, could be especially  useful in  areas  lacking  access to care.   Anemia is extremely common in poor  countries.

In a recent study, a phone camera was  used measure hemoglobin by capturing light passing through one’s finger. Video was  recorded as light from the flash, plus additional LED lights and an incandescent bulb shined through a fingertip. Changes in color indicated a red  blood cell deficiency.

31 patients were tested, using  this method, at Seattle Children’s Hospital.  The system worked as well  as  a commercial LED anemia  test, but not as well as a standard blood test.

Patel is also  investigating  the use of smartphones to make healthcare  more  accessible in other  ways,  including an app that uses a  microphone to track breathing while sleeping, and a camera  that uses color coded references to detect jaundice in  babies.