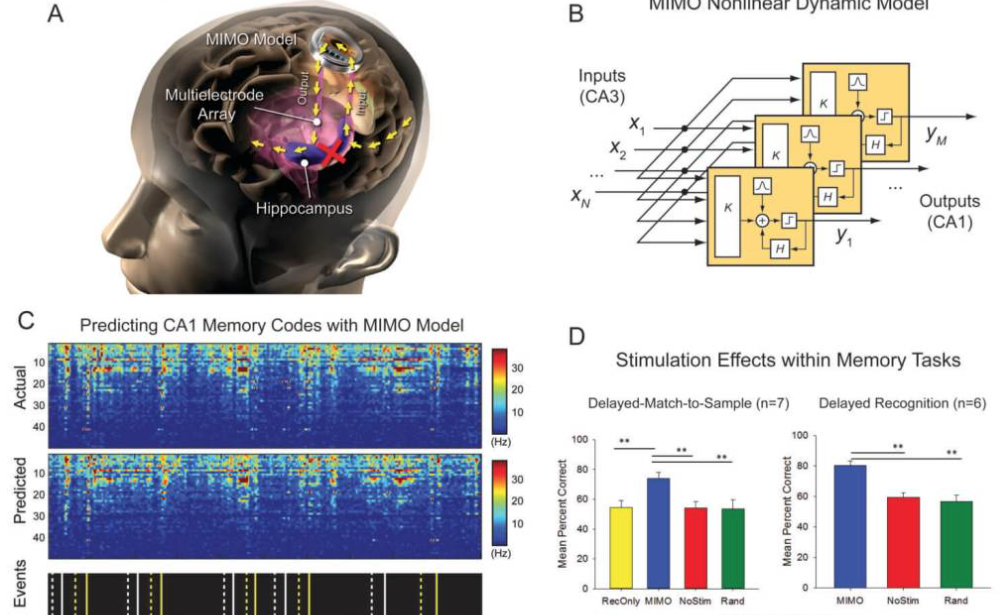 Robert Hampson, and Wake Forest and USC colleagues, have developed a prosthetic system that uses a person’s own memory patterns to facilitate the brain’s ability to encode and recall memory.

A recent study showed participants’ short-term memory performance showed a 35 to 37 percent improvement over baseline measurements. The study focused on improving episodic memory, which is the most common type of memory loss in people with Alzheimer’s disease, stroke and head injury.

According to Hampson: “This is the first time scientists have been able to identify a patient’s own brain cell code or pattern for memory and, in essence, ‘write in’ that code to make existing memory work better, an important first step in potentially restoring memory loss.”