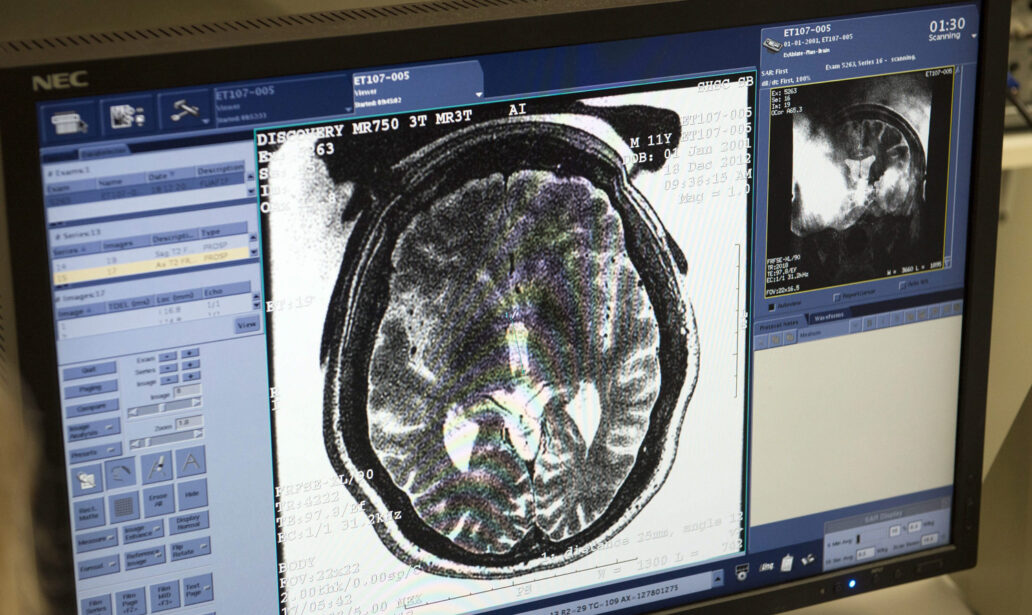 University of Maryland researchers are using MRI-guided focused ultrasound on the globus pallidus to treat Parkinson’s symptoms. The ExAblate Neuro system was developed by Israel’s Insightec.  The treatment is non-invasive, as it does not require a cut, but its ultrasound impacts a deep region of the brain, which is not with out risk.

According to Professor Howard Eisenberg, this  treatment could “help limit the life-altering side effects like dyskinesia to make the disease more manageable and less debilitating.”

During the  2-4 hour outpatient procedure, patients lie in an MRI scanner with a head-immobilizing frame fitted with a transducer helmet. Ultrasonic energy is targeted through the skull to the globus pallidus, and images acquired during the procedure give physicians a real-time map of the area being treated.  Patients are fully awake and able to interact with the treatment team, allowing the physicians to monitor immediate effects and make necessary adjustments.