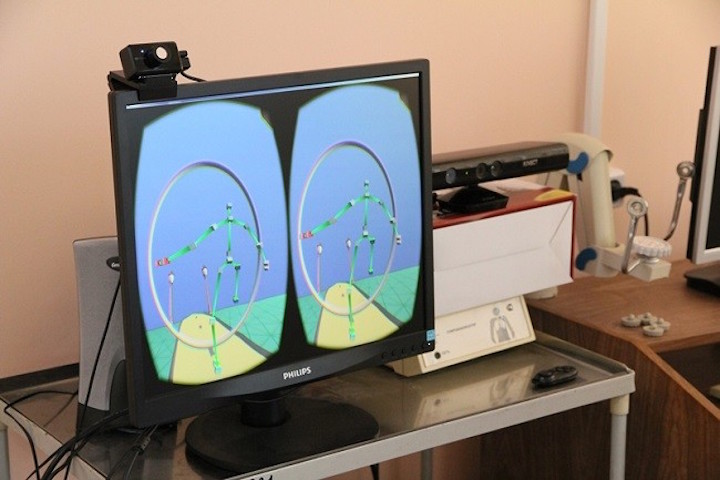 Tomsk Polytechnic and Siberian State University scientists David Khachaturyan  and  Ivan Tolmachov have developed a VR based neurodegenerative disorder diagnosis system.  The goal is the early detection and tretment of diseases, including MS and Parkinson’s.  The next step is the use of VR systems, like Glass and Kinect, for personalized rehabilitation.

50 subjects, both healthy and already diagnosed, used VR headsets,  a non-contact sensor controller and a mobile platform during a variety of activities.  Changes in posture and balance were detected, and compared to a human  skeleton model of 20 points on the body.  Deviations from the model indicated disease.  Differences in reactions of those with difference diseases was also noted —  Parkinson’s patients experienced hand tremors, and others experienced compromised coordination.

A clinical trial  will be completed in 2017.