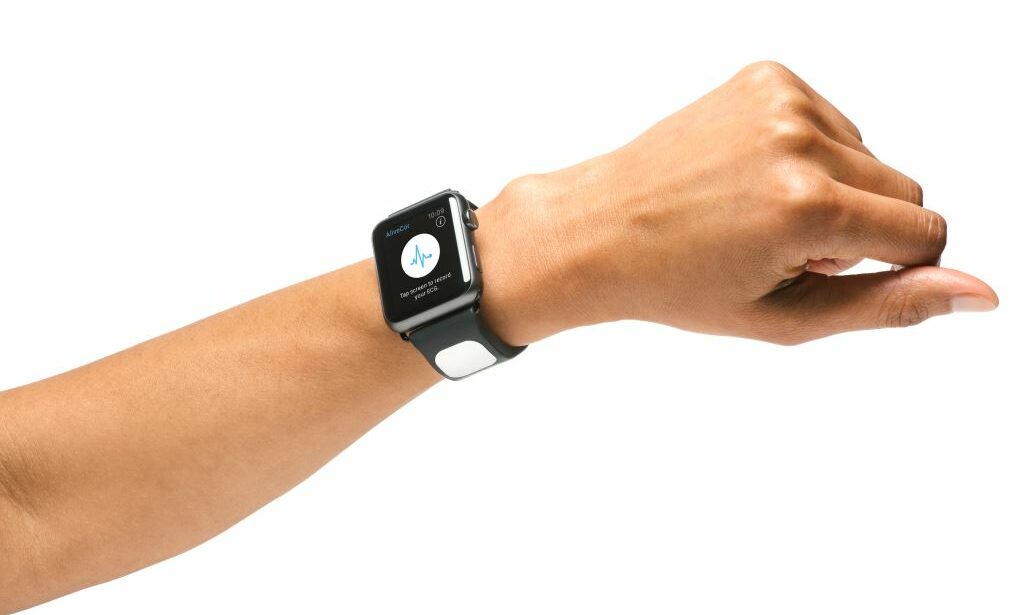 AliveCor is known for its FDA approved mobile EKG, which attaches to a phone or tablet.  The company has just announced  Kardia – an Apple Watch band that, when a sensor is pressed and paired with an app, can provide and accurate EKG, incorporate a user’s spoken symptoms into its analysis, and share data.  AliveCor said that the band and app can detect Atrial Fibrillation, which would be shared with a doctor immediately.