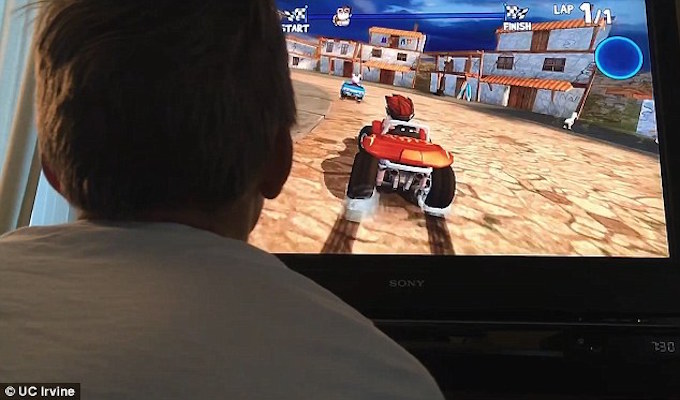 A study by UC Irvine professor Craig Stark has shown that playing 3D video games can boost performance on memory tests by up to 12 percent. (This is the typical percentage of lost memory function from ages 45 – 75.)

69 non-gamer college students were split into 3  groups. For two weeks, 2 groups played either a 2D game (Angry Birds), or a 3D game (Super Mario 3D World) for 30 minutes per day. The baseline group did not play games. Cognitive and memory tests were performed  before and after the  period. The control group and 2D gamers performed the same, but the scores of 3D gamers improved by 12 percent.