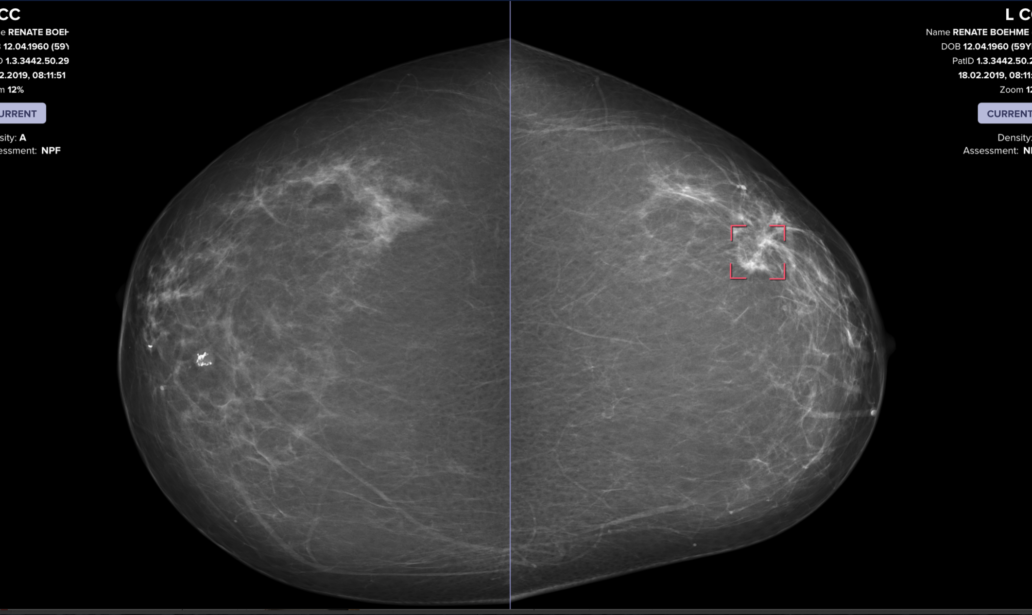 The mammography screening paradigm has not changed since the 1960s.

Two approaches were tested. In the first, AI analyzed mammograms. In the second, AI distinguished between normal and concerning scans. It refers the latter to a radiologist, who reviews them before seeing the AI’s assessment. Then the AI issues a warning if it detected cancer when the doctor did not. In the study, the AI examined old scans and compared its assessments with those of the radiologist who reviewed them.

Data from 367,000 mammograms—including radiologists’ notes, original assessments, and information on whether the patient ultimately had cancer— was analyzed to learn how to place these scans into one of three categories: “confident normal,” “not confident” (in which no prediction is given), and “confident cancer.” The conclusions from both approaches were then compared with the decisions real radiologists originally made on 82,851 mammograms sourced from screening centers that didn’t contribute scans used to train the AI.

The second approach—doctor and AI working together—was 2.6% better at detecting breast cancer than a doctor working alone, and raised fewer false alarms. It automatically set aside scans it classified as “confident normal,” which was 63% of all mammograms.