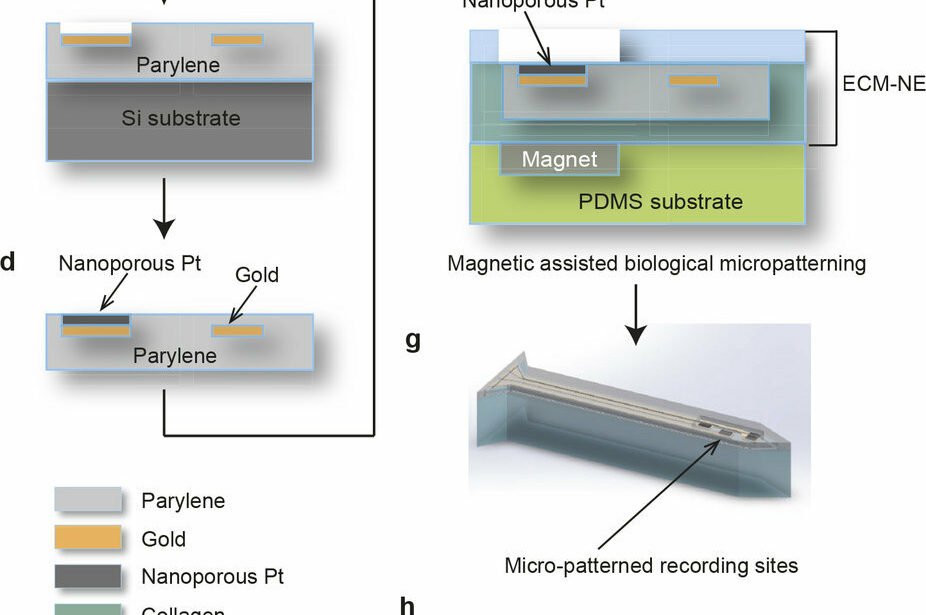 Spinal injury patients, and those with lost limbs, sometimes have neural prosthetic devices implanted in an attempt to regain independence.  They are used for deep brain stimulation and brain controlled external prosthetics.  However, neural prosthetics are often rejected by the immune system, and can  fail because of a mismatch between soft brain tissue and rigid devices.

University of Pennsylvania‘s Mark Allen and colleagues have created an implantable neural prosthetic device that is biocompatible and replaces silicon and noble metal. The goal is to avoid immune-system rejection, failures due to tissue strain, neurodegeneration, and decreased fidelity of recorded neural signals.