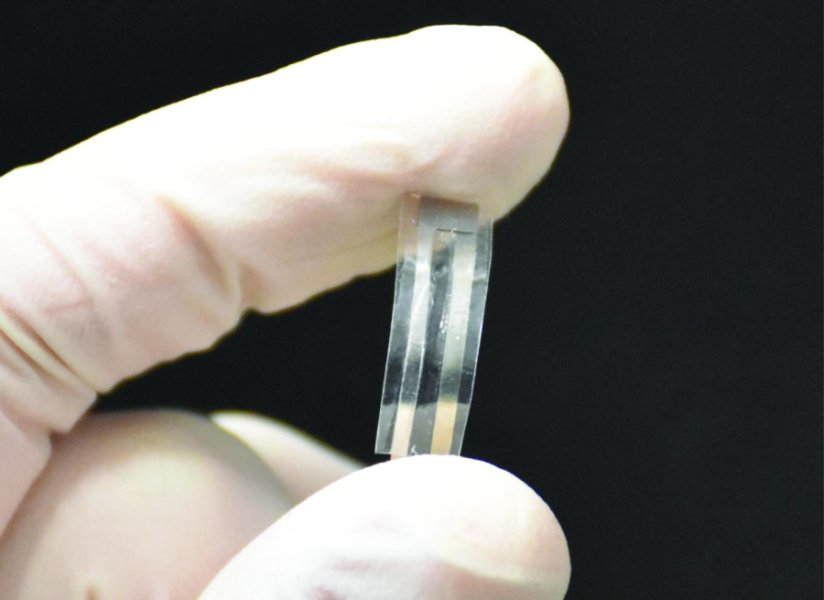 UConn’s Thanh Duc Nguyen has developed a biodegradable pressure sensor to monitor chronic lung disease, swelling of the brain, and other health issues.

It is small and flexible and designed to replace existing, potentially toxic, implantable pressure sensors. Those sensors must be removed, subjecting patients to another invasive procedure, prolonging recovery, and increasing infection risk.

The piezoelectric device can also be used for electrical stimulation of tissue, as it emits a small electrical charge when pressure is applied. Other potential applications include monitoring glaucoma, heart disease, and bladder cancer.