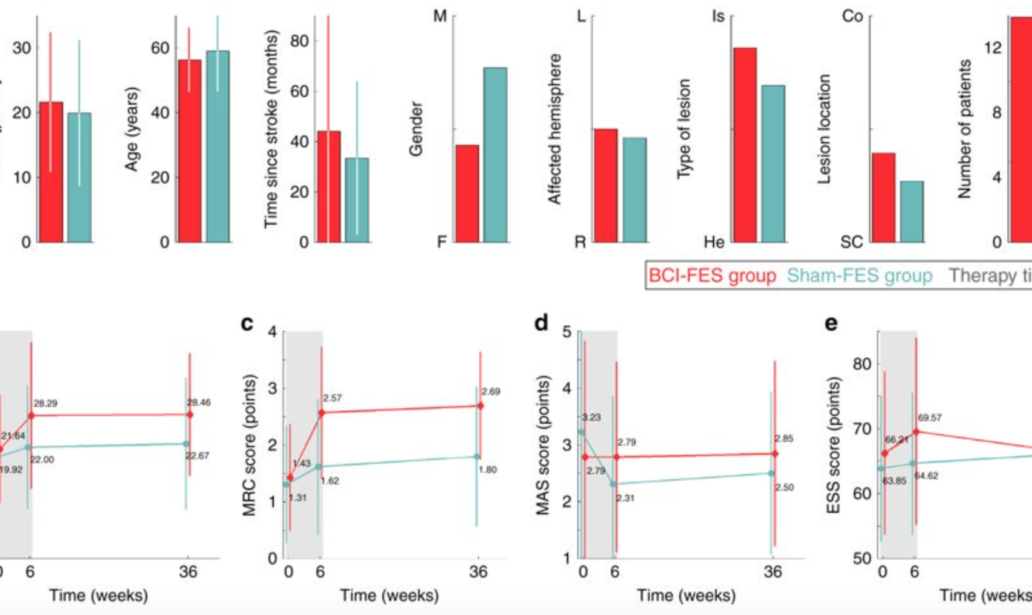 Jose Millan and EPFL colleagues have combined a brain computer interface with functional electrical stimulation in a system that, in a study, showed the ability to enhance the restoration of limb use after a stroke.

According to Millan: “The key is to stimulate the nerves of the paralyzed arm precisely when the stroke-affected part of the brain activates to move the limb, even if the patient can’t actually carry out the movement. That helps re-establish the link between the two nerve pathways where the signal comes in and goes out.”

27 patients with a similar lesion that resulted in moderate to severe arm paralysis following a stroke participated in the trial. Half were treated with the dual-therapy approach, and reported clinically significant improvements.  A BCI system  enabled the researchers to pinpoint where the electrical activity occurred in the brain when they tried to extend their hands. Each time the electrical activity was identified, the system stimulated the muscle controlling the corresponding wrist and finger movements.

The control group received FES only, and had their arm muscles stimulated randomly. This allowed the scientists to understand how much additional motor function improvement could be attributed to the BCI system.