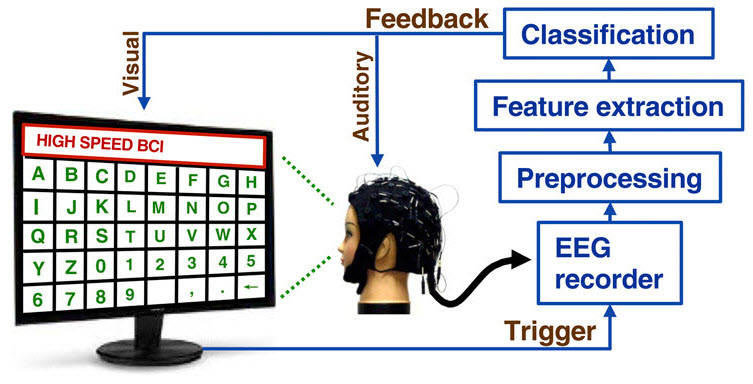 Tsinghua University researchers have developed  a noninvasive brain-computer interface with the fastest information transfer rate to date.   The system is based on  steady-state visual evoked potentials, where a speller system detects a user’s gaze direction to a target a character.

Frequency and phase of stimulation signals were precisely encoded in single-trial SSVEPs. A user-specific decoding algorithm adjusted to individual differences in visual latency. Interference from noisy EEG signals was addressed with a visual latency estimation approach.

In online spelling performance among subjects, the mean spelling rate was 50 to 60 characters per minute, with an information transfer rate of 4.5 to 5.5 bits per second.  This is much faster than existing noninvasive BCI spelling systems.