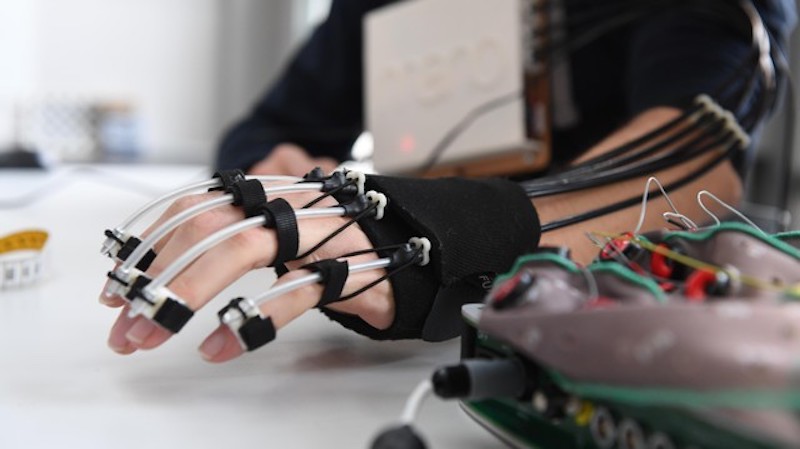 EPFL’s José Millán has developed a brain-controlled, highly portable exoskeleton, that can be quickly  secured around joints with velcro. Metal cables act as soft tendons on the back of each finger, with the palm free to feel hand sensations.  Motors that push and pull the cables are worn on the chest. Fingers are flexed when the cables are pushed and extended when they are pulled.

The control interface can be eye-movement monitoring, phone-based voice controls, residual muscular activity, or EEG-driven brainwave analysis. Hand motions induced by the device elicited brain patterns typical of healthy hand motions.  Exoskeleton-induced hand motions combined with the brain interface lead to unusual neural patterns that could facilitate control of the device. Contralateral brain activity was observed in people who passively received hand motion by the exoskeleton. When subjects were asked to control the exoskeleton with their thoughts, same-side patterns were consistent.