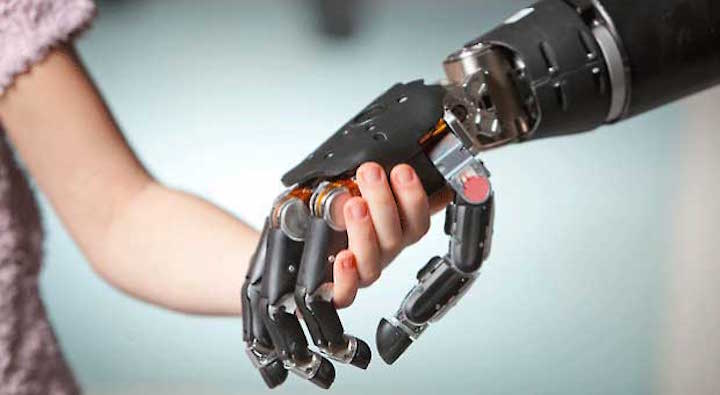 Johns Hopkins researchers have developed a proof-of-concept for a prosthetic arm with fingers that, for the first time, can be controlled with a wearer’s thoughts.

The technology was tested on an epileptic patient who was not missing any limbs.  The researchers used brain mapping technology to bypass control of his arms and hands.  (The patient was already scheduled for a brain mapping procedure.) Brain electrical activity was measured for each finger.

This was an invasive procedure, which required implanting an array of 128 electrode sensors, on sheet of film, in the part of the brain that  controls hand and arm movement. Each sensor measured a circle of brain tissue 1 millimeter in diameter.

After compiling the motor and sensory data, the arm was programmed to allow the patient to move individual fingers based on which part of his brain was active.

The team said said that the prosthetic was initially 76 percent accurate, and when they combined the signals for the ring and pinkie fingers, accuracy increased to 88 percent.