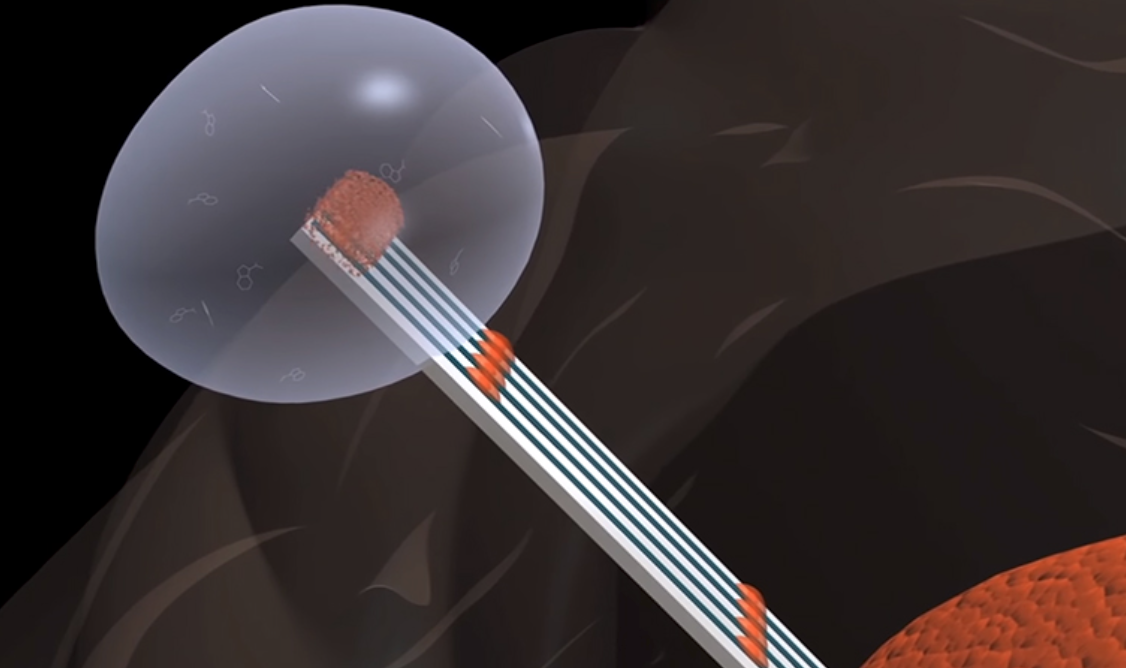 Duke’s Ravi Bellamkonda has developed a “Tumor Monorail” which tricks aggressive brain tumors such as glioblastoma into migrating into an external container rather than throughout the brain.  It has been designated “Breakthrough Device” by the U.S. Food and Drug Administration (FDA).

The device mimics the physical properties of the brain’s white matter to entice aggressive tumors to migrate toward the exterior of the brain, where the migrating cells can be collected and removed. It does not to destroy the tumor, but does halt its lethal spread. There are no chemicals or enzymes involved, and there are a wide variety of materials that the device could be made from.

The work is based on rat studies from 2014.  The team hopes to receive FDA approval for human trials by the end of 2019.