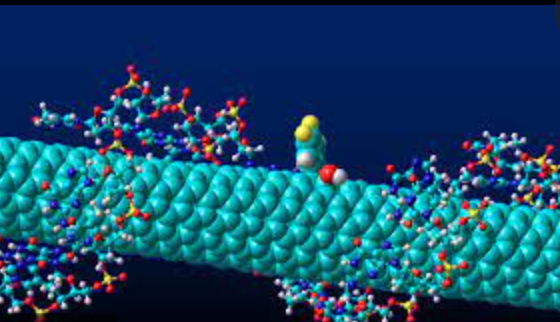 Mijin Kim and Daniel Heller of the Nanomedicine Lab at Memorial Sloan Kettering Cancer Center have developed an array of carbon nanotube sensors that can “sniff” cancer using AI.

The human nose can detect a trillion different scents, through hundreds of olfactory receptors. The pattern which odor molecules bind to which receptors creates a kind of molecular signature that the brain uses to recognize a scent.

Like the nose, the cancer detection technology uses an array of multiple sensors to detect a molecular signature of the disease, interpreted by machine learning.

Each nanotube sensor can detect many different molecules in a blood sample. By combining the many responses of the sensors, the technology creates a unique fluorescent pattern. The pattern can be recognized by an algorithm trained to identify the difference between a cancer fingerprint and a normal one.

In experiments conducted on ovarian cancer patient blood, the nanosensor detected ovarian cancer more accurately than current biomarker tests. The researchers believe that the technique could be adapted to detect multiple types of cancer using the same set of sensors without first identifying biomarkers.