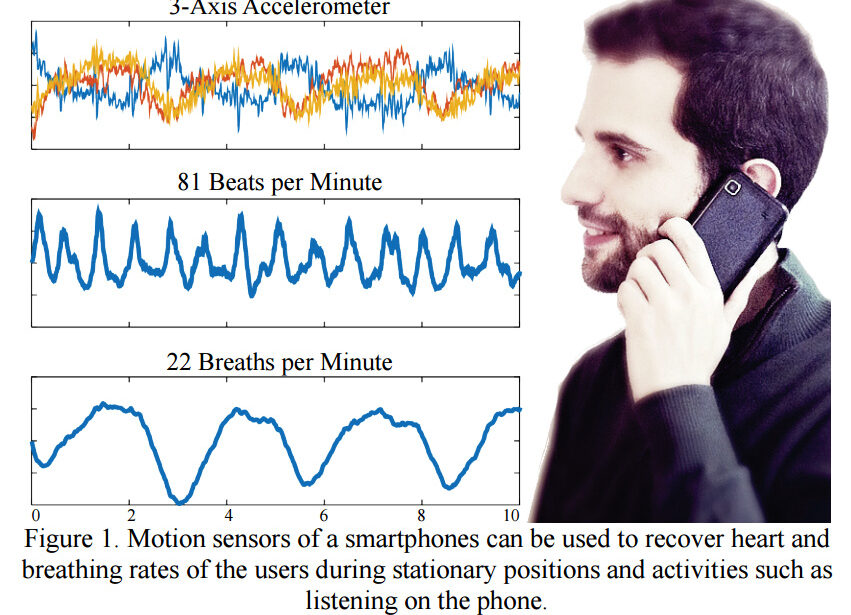 Javier Hernandez Rivera of Rosalind Picard‘s Affective Computing Group at MIT is developing a health monitoring phone that does not require a wearable.  BioPhone derives biological signals from a phone’s accelerometer, which the team says captures small body movements that result from one’s heart beating and chest rising and falling.

Hernandez said that BioPhone is meant to gather data during still moments, simplifying the capture of small vibrations without having to account for many body movements.   He believes that this can detect stress, which could trigger the phone to provide breathing exercises, or notify a loved one to call.

MIT Technology Review reported that the findings were questioned by a U of Alabama mobile health expert, who believes  that results will be affected by signal noise from inadvertent motions.