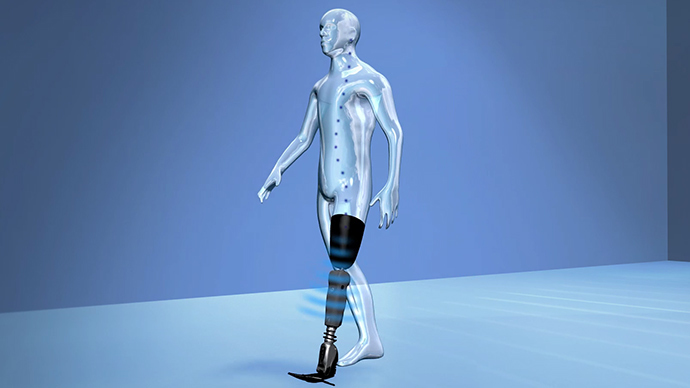 Ossur’s existing “smart limbs”  are capable of real-time learning and automatically adjust to a user’s gait, speed and terrain.   However,  conscious thought is still required.

According to Thorvaldur Ingvarsson, the company’s R&D lead, “the (implant) technology allows the user’s experience with their prosthesis to become more intuitive and integrative. The result is the instantaneous physical movement of the prosthesis however the amputee intended. They no longer need to think about their movements because their unconscious reflexes are automatically converted into myoelectric impulses that control their Bionic prosthesis.”