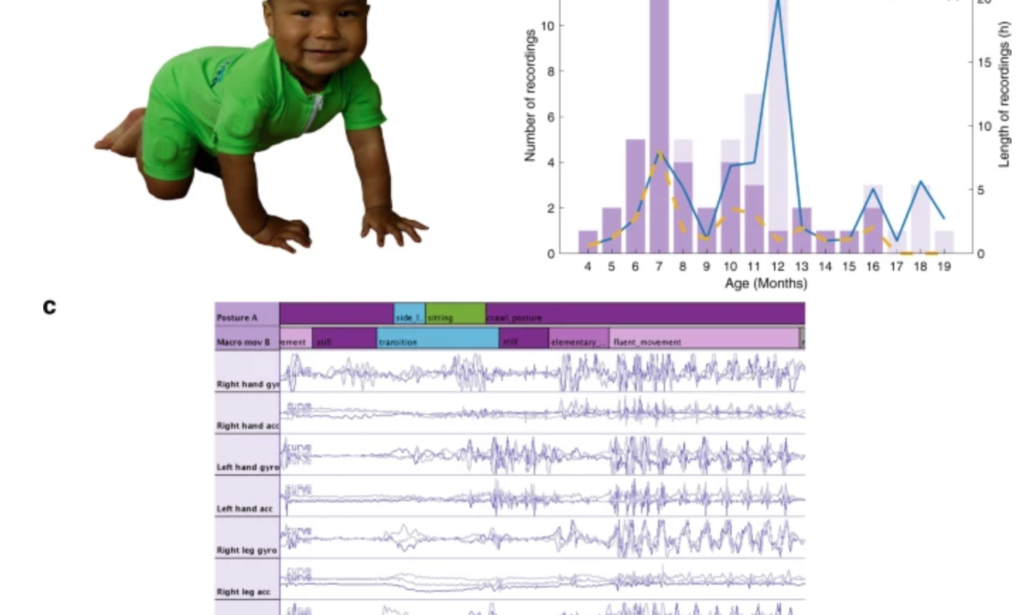 Sampsa Vanhatalo, Manu Airaksinen and University of Helsinki colleagues have developed MAIJU (Motor Assessment of Infants with a Jumpsuit,) a wearable onesie with multiple movement sensors which they believe is able to predict a child’s neurological development.

In a recent study, 5 to 19 month-old infants were monitored using MAIJU during spontaneous playtime. Initially, infant postures and movements were identified visually from a video using a motility description scheme. This was used to train an algorithm to recognize the same postures and movements for every second of each child’s playtime, making it possible to assess her or him in a natural environment.

The goal is the earliest possible detection of neurodevelopmental delays, for earlier intervention. and better outcomes, as therapies would be a part of the child’s everyday life and environment.

The researcher believe that their technology could be automized and effectively adapted to help older children and seniors.