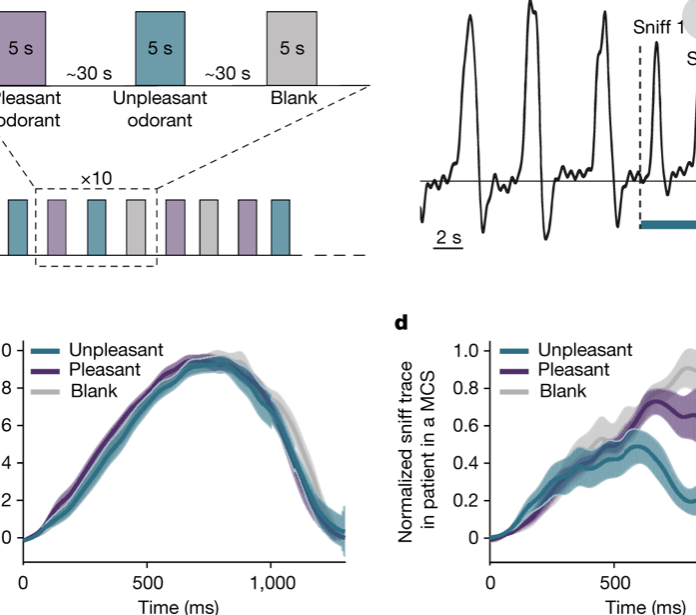 In a study, 43 unconscious brain-injured pateients were presented with jars containing various smells under their noses. Scents included pleasant shampoo, unpleasant rotten fish, and no odor.

Scientists measured the volume of air inhaled through the nose in response to the odors. Each jar was presented to the patient ten times in random order during several such sessions.

All patients who were classified as being in a ‘vegetative state’ and responded to the sniff test, later regained consciousness (sometimesi minimally.) According to Arzi, “In some cases, the result of the sniff test was the first sign that these patients were about to recover consciousness — and this reaction was observed days, weeks and even months prior to any other signs.”

The researchers claim that the sniff response was able to predict three year survival 92% accuracy.