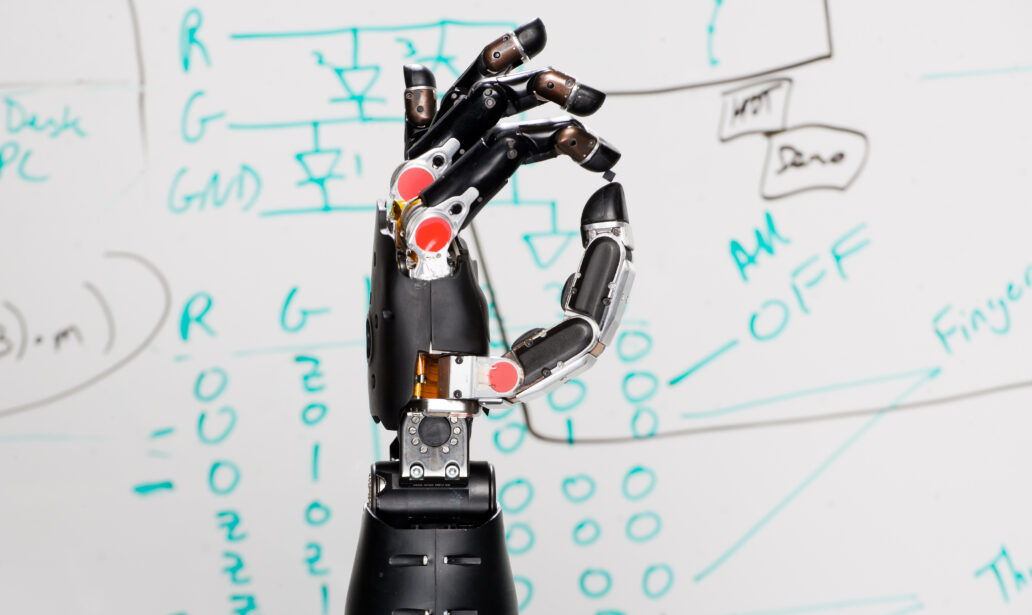 This week at the Pentagon, Johnny Matheny unveiled his DARPA developed prosthetic arm.  The mind-controlled prosthesis has the same size, weight, shape and grip strength of a human arm, and, according to Matheny, can do anything one can do.

It is, by all accounts, the most advanced prosthetic limb created to date.

The 100 sensor arm was developed as part of the “Revolutionizing Prosthetics Program” of the Biological Technologies office, led by Dr. Justin Sanchez.

An implanted neural interface allows the wearer to control the arm with his thoughts. Sensors are also implanted in the fingertips, sending signals back to the brain, allowing users to feel sensations.

Dr. Sanchez will be a keynote speaker at ApplySci’s Wearable Tech + Digital Health + NeuroTech NYC conference on June  7-8, 2016 at the New York Academy of Sciences.