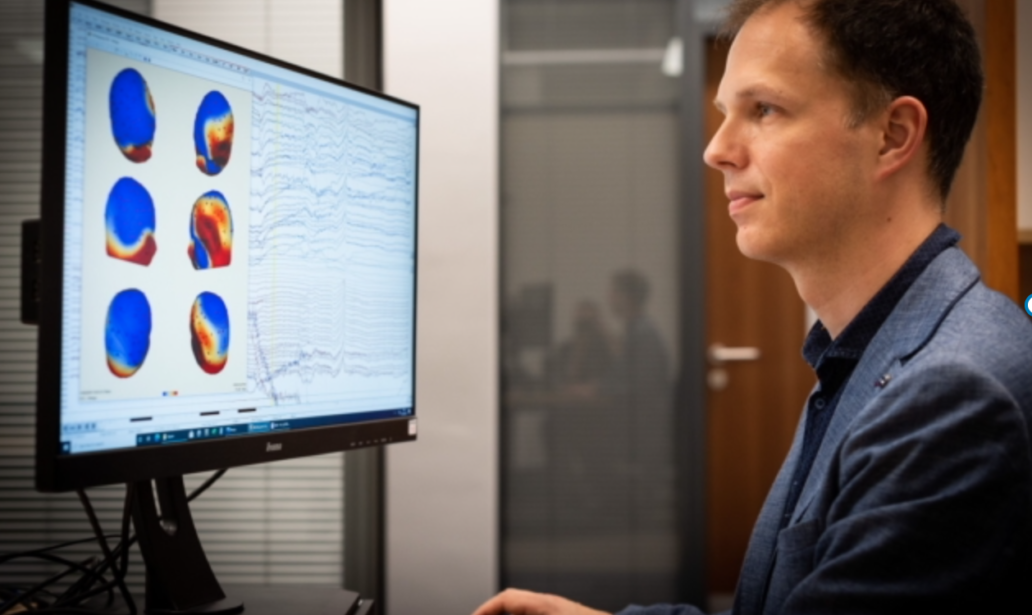 George Sothart and University of Bath colleagues have developed a new, EEG + game memory assessment technique which could enable the earlier diagnosis of Alzheimer’s disease, the underlying cause of around 60% of dementia cases..

The need for early diagnosis tools to help doctors to prescribe lifestyle interventions to slow the rate of cognitive decline is obvious. This tool could also help identify dementia patients for clinical trials.

“Fastball EEG” is passive. The person performing the test is not given priorinstructions prior to the task, as dementia patients may struggle to follow complex directions, and is not asked to reflect on, respond to or remember any items. She or he simply watches a screen of flashing images.

After the Fastball task, participants completed a forced-choice task, in which they had to identify a previously seen image from two alternatives. Here, the researchers observed little difference between Alzheimer’s disease patients and controls, suggesting that Fastball was more sensitive to memory performance than this behavioral recognition test.