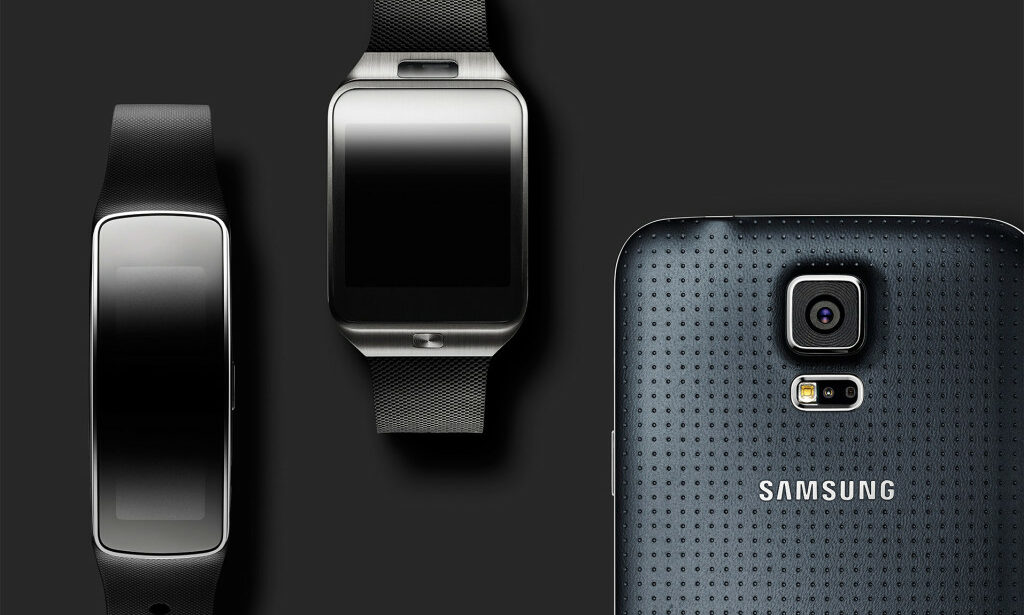 Samsung has updated its devices as it tries to establish dominance in the health and fitness tracking market.

Its Gear 2 watch is now based on Samsung’s Tizen operating system rather than Android. It includes an accelerometer and gyroscope – capable of acting as a pedometer and an optical heart rate monitor. This allows the watch to integrate with Samsung’s health and fitness tracking applications, replacing the need for additional tracking gadgets.  Its various tools will measure exercise, sleep and stress levels.

Apple is expected to release a smartwatch in the near future with a strong focus on fitness and health tracking, as well as a “Healthbook” application for its next iteration of its iOS iPhone and iPad software.

The Gear Fit band tracks movement, heart rate and sleep patterns. It is water-resistant and includes phone notifications, a timer, stopwatch and a curved OLED screen.

The Galaxy S5 smartphone features an enhanced S Health 3.0 app, a comprehensive personal fitness tracker, a pedometer, diet and exercise records, and a built-in heart rate monitor. It will pair seamlessly with the next generation Gear products for real-time fitness coaching.