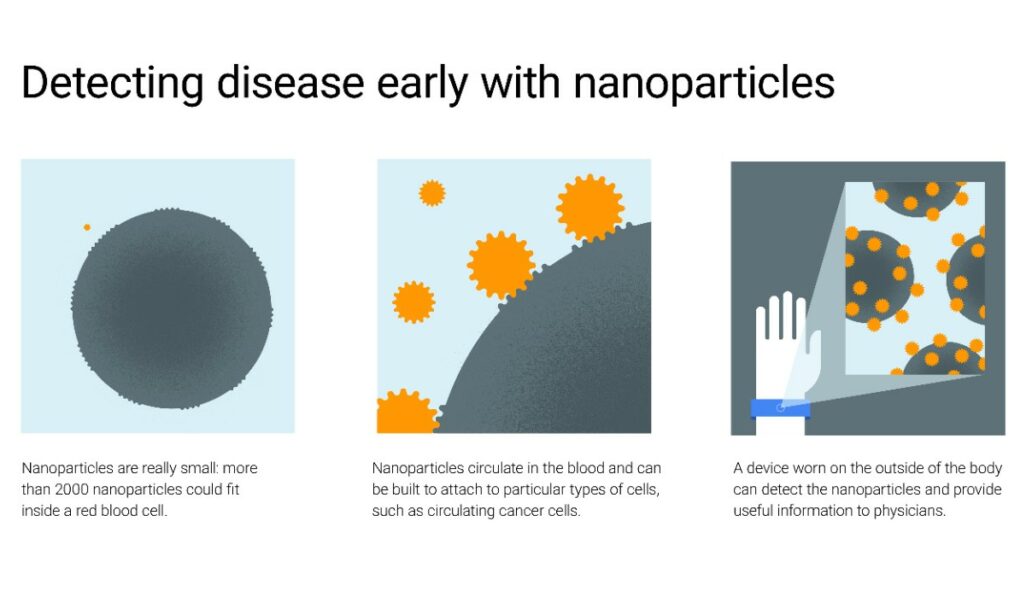 1.  A user wears a bracelet designed by Google.

2.  He/she must take nanoparticle pills that look for cancer cells throughout the body.

3.  If found, the nanoparticles bind to the cancer cells, and they light up.

Google has created synthetic skin, of varying thickness and tones, to test the system, as described in a recent interview with The Atlantic.